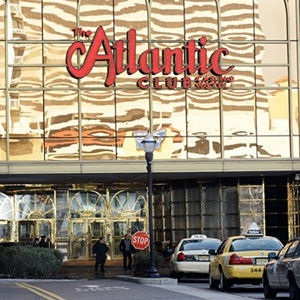 After over thirty years of operation, the Atlantic Club Casino Hotel in New Jersey will be shut down in January with its assets being sold off and scores of employees losing their jobs.

The past few years have seen the rapid expansion of the casino industry throughout the United States. Land-based casinos no longer feel exclusive to the mecca that is Las Vegas. Online poker and gaming sites have paved the way for states to integrate the industry into their revenue while feeding players’ thirst for a good time. However, with casinos becoming more accessible either physically or digitally, competition only gets fiercer. And it looks like the first victim in this movement has been claimed.

End of an Era

After opening more than 33 years ago in 1980, the Atlantic Club Casino Hotel will be shutting down. The casino will officially close its doors on January 13, 2014. Starting its life as the Golden Nugget, the Atlantic Club was built only a few short years after gambling was legalized in Atlantic City, New Jersey. The casino was one of the highest earners in the city and even featured Frank Sinatra as entertainment – early advertisements featured founder Steve Wynn delivering towels to Sinatra.

In November, the Atlantic Club filed for Chapter 11 bankruptcy with the intent of selling to buyers interested in keeping it running. PokerStars and Full Tilt Poker parent company, the Rational Group, was hoping to buy the casino for $15 million in a bid to enter into the Atlantic City market. The deal fell through after the Rational Group had complications in obtaining a casino license.

Buying up the Scraps

Judge Gloria Burns approved a deal where rival casino companies Tropicana Entertainment and Caesars Entertainment will buy the Atlantic Club for $23.4 million, strip it completely and then shut it down. Tropicana is paying $8.4 million for the 1,641 slot machines and 48 table games inside the casino while Caesars is putting down $15 million for the property.

Despite Caesars purchasing the hotel and casino properties, the company has no plans to add it as another one of their Atlantic City casinos. Instead, equipment and assets from the 800-room hotel will be distributed across Caesars’ other four casinos – Caesars Atlantic City, Bally’s Atlantic City, Harrah’s Resort Atlantic City and the Showboat Casino Hotel.

SoBe Holdings had originally submitted a larger bid of nearly $24 million for the Atlantic Club and its innards. Atlantic City lawyers and officials said that Tropicana and Caesars were preferred because they were more likely to complete the purchase. SoBe objected to Burns’ ruling but were overruled where she said any objections should have been presented during the original auction process.

In the wake of the Atlantic Club shutting down, Atlantic City will now only have 11 casinos to further affect its struggling market. The presence of casinos in neighboring Pennsylvania is hard to ignore as the state’s 12 casinos give it an advantage. Gaming and casino officials claim that the elimination of the Atlantic Club will only strengthen competition, a necessary evil to ensure the health of the market.

Still, those facts will hardly be of any comfort to over 700 employees who will soon find themselves out of a job. Some employees have been with the casino since its doors opened decades ago and have expressed a deep sadness at the news; many of them filled the courtroom to witness Burns’ decision. Those with union contracts will get severance pay but the loss of such a major Atlantic City casino is going to create more strong competition, the kind of competition that will make it harder to find jobs in a smaller market.