The World Series of Poker Circuit Horseshoe Tunica’s $1,675 Main Event attracted 597 runners, including some of poker’s best up and comers. But in the end, Sam Washburn from the small town of Yellville, Arkansas, beat them all to capture the title and a $188,068 first-place prize. 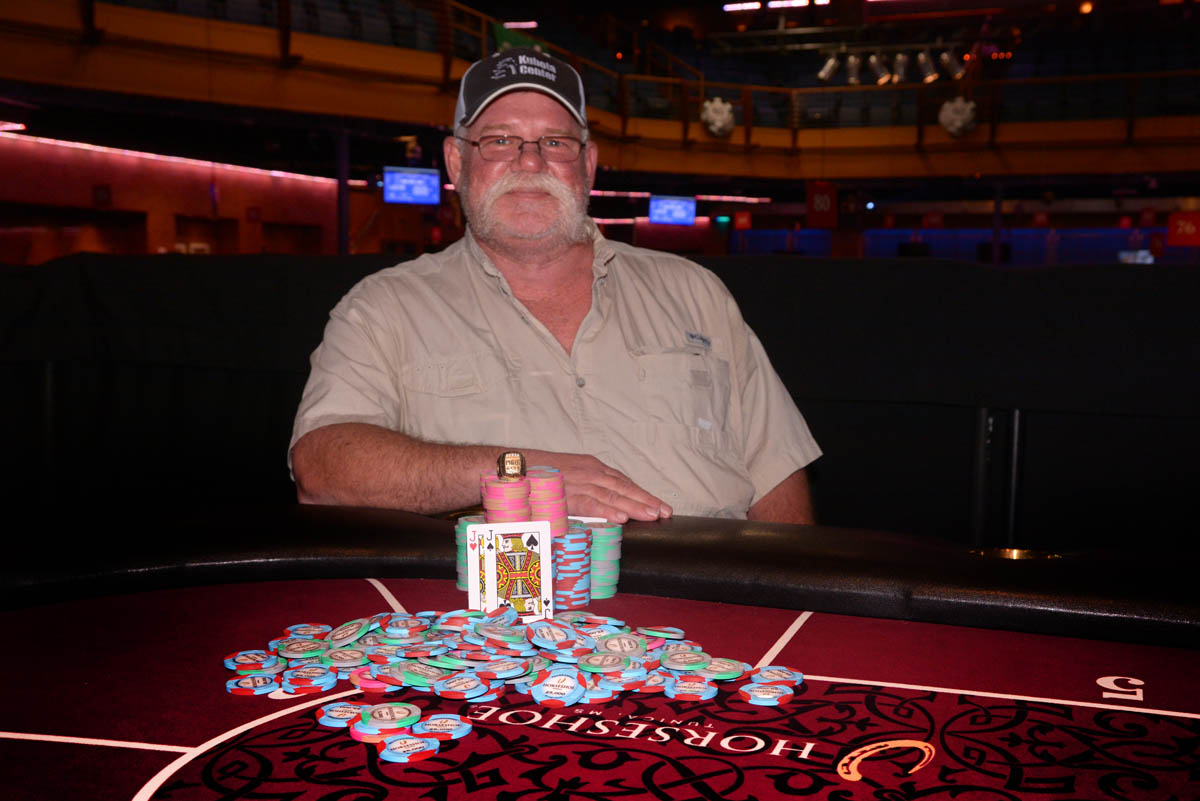 Sam Washburn hails from a small Arkansas town of 1,000 people, and now he’s heading back there as a World Series of Poker Main Event champion. (Image: WSOP)

“I wasn’t intimidated. I have played with a lot of pros in cash for years over in Oklahoma, so playing with the pros doesn’t intimidate me,” Washburn told WSOP officials. “I know they’re good, I know they push and that they are very aggressive.”

Washburn wound up squaring off against Stewart in heads-up play. He doubled in the first hand with Big Slick against king-queen, and not too long after they played the biggest hand of the tournament. It happened when Washburn raised to 275,000 with the J♦10♥ and Stewart three-bet to 900,000 holding the A♠K♦.

Not to be outdone, Washburn four-bet to 1.8 million and then called off when Stewart moved all in. The 9♣7♦4♠ flop gave Washburn a gutshot straight draw, and he hit it after the dealer burned and turned the 8♣. The 10♠ river changed nothing, and Stewart sent over nearly all his chips. He’d go bust a few hands later.

“That’s the toughest tournament field I have ever played through, especially Scott,” said Washburn. “He’s tough, he is really tough. He is aggressive, raise, raise, raise and he puts a lot of pressure on.” 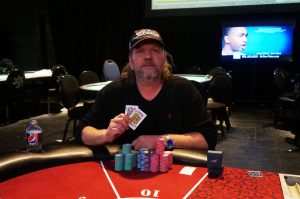 WSOP bracelet winner Mike Cordell also took home a ring, which was the fourth of his career. He prevailed over a massive field of 1,208 entries in Event #3: $365 NLHE Re-Entry for $56,620.

The WSOP Circuit now heads to downtown Milwaukee, Wisconsin for a stop at Potawatomi Hotel & Casino from February 1-12.

Great result. A retired non professional did great and beat them all.
That´s another example that Poker has those nice surprises many times.
Congrats !

Washburn says of pro players , ‘I know they push and that they are very aggressive’. I guess he learns well , and so in biggest hand of the tourney he 4 bets with j10 off and busts ak off 5 bet allin .