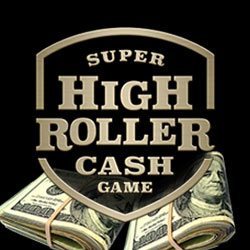 In an already exciting nosebleed game at Aria’s Super High Roller Cash Game, it was double trouble for two queens that appeared on the flop. (Image: Aria)

The Super High Roller Cash Game, currently going full steam at the Aria, has lived up to its billing.

With top players, blinds of $400/$800/$200 and a $250k minimum buy-in, we expected to see some fascinating duels and nosebleed pots, all live-streamed via Twitch to our desktops. What we didn’t expect was to see two queen of clubs turn up on the flop.

But there they were, smiling enigmatically on the felt as Doug Polk, who recently took 2nd in the $10K NLH Six-Handed, briefly tussled with Daniel Colman, the former check-folding on this particularly regal looking flop.

Someone had blundered, but the funny thing was no one on the table noticed, at least not at first. The players, who included experienced pros the likes of Patrik Antonius, Andrew Robl, and Scott Seiver, all missed the glitch, and it was only as Polk was stacking his chips that the game was stopped and the hand declared void.

“This was confirmed terrifying, ha ha,” said PokerStars pro Jamie Staples who was commentating on the game. “Thankfully everything worked out and the people in production and the Aria staff made it clear what happened, and what was to happen.”

Polk was understandably miffed. It may not have been a huge pot, but, at over $6,000 in real American money, it was still worth more than my car.

His mood improved considerably, however, when he was dealt kings on the very next hand. And it got even better when Robl five-bet shoved on him pre-flop holding A-Q. The board ran out with two queens again, although this time of separate suits, but a king on the river shipped the $255,000 pot to Polk.

Polk may have reflected that had the voided hand not occurred, this one wouldn’t have either, at least not quite in the same way. Which makes you think, doesn’t it?

But that was not the biggest pot of the session so far, by any means. Patrik Antonius lost a $724,000 pot to UK businessman Paul Newey, running kings into aces, but one of the biggest and most interesting hands of the night occurred between Scott Seiver and Daniel Colman.

Colman bet $50,000, which Seiver called. Colman then checked a three on the turn, and called when Seiver bet $120,000. Colman again checked an eight on the river and Seiver moved all-in for the $343,000 Colman had behind.

“Kings?” demanded Colman. “I have aces. You wouldn’t play A-K like that.”

We may never know. Colman made a crying fold and Seiver declined to show his hand as he dragged in a pot that took his stack up to $865,000.

The game will continue today (July 1), before making way for the $500,000 buy-in Super High Roller Bowl, which will be aired on NBC Sports Network beginning August 28th.