Day Three at the 2017 Super High Roller Bowl in Las Vegas was quieter than the first two. After talkative comedian Kevin Hart was eliminated on Day Two, much of the table banter stopped. But the action was intense as the bubble approached. 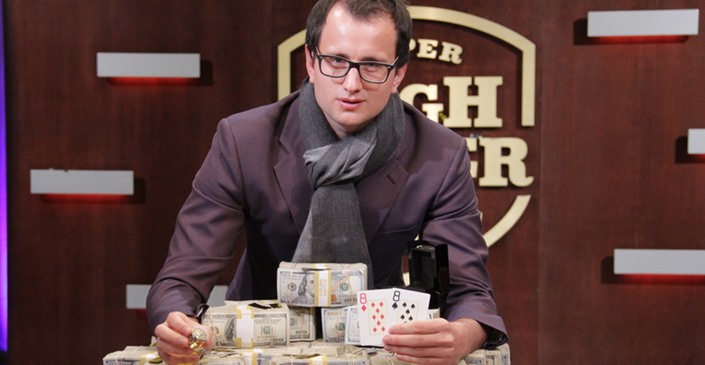 Defending champion Rainer Kempe was down to a mere two big blinds with 10 players left. The day was supposed to end after play got down to nine players. With everyone else waiting for him to bust, he doubled up a few times and was back to a respectable stack within about 10 minutes.

Kempe’s rise to a 500,000-chip stack gave one tablemate quite the sweat. After his stack dwindled down to almost nothing, Leon Tsoukernik said he would give Kempe an extra $1 million if he comes back to win the event.

That meant that Kempe was playing for $7 million, while everyone else had their sights set on $6 million. But the sweat was short-lived. The defending champion ran pocket nines into fellow German Stefan Schillhabel’s pocket tens soon after.

The comeback was all for naught. Kempe was eliminated in 10th place. The top seven will be paid. Play resumed for a short period, before businessman Dan Shak busted in 9th place.

The final eight players return on Wednesday at 1 pm PST in the middle of the 10,000/20,000/20,000 blind level. Once one player busts, the tournament will officially be in the money. Day Four will conclude when play is down to three players. A champion will be crowned on Thursday.

Schindler, making his second Super High Roller Bowl appearance, has more than $9 million in live tournament cashes. Many of those wins have come in Aria high roller events, including four this year.

For most of Tuesday’s play, things were quiet inside the Aria Convention Center. But there was a bit of drama between two competitors at one point. Things got heated.

A friend of Tsoukernik was standing behind Jason Koon watching the action. Koon didn’t appreciate his opponent allowing his friend to stand right behind him.

The two got into a shouting match, leading Tsoukernik to have his friend move. Koon and his new rival eventually apologized to each other and moved on. Just another day in the wonderful world of high-stakes poker in Las Vegas.