The Aria Super High Roller Bowl 2016, a $300,000 buy-in tournament in Las Vegas, began with 49 gifted poker stars. By 1 am this morning, Rainer Kempe was the last man standing. The German went home with $5 million for his victory following a long, intense heads-up battle with fellow German Fedor Holz. 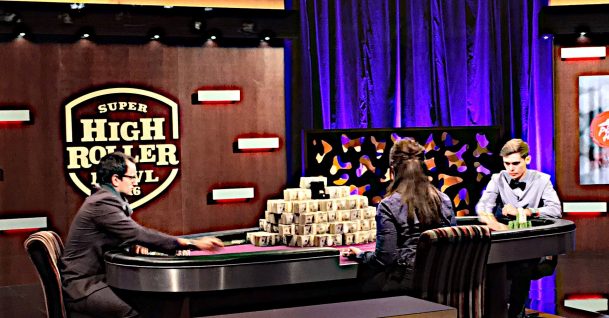 Unlike Holz, Kempe isn’t exactly a household name, despite an impressive 2015. He won an EPT high roller event in December, finished 3rd in a WPT tournament in November, and 5th in an EPT Main Event in August. If he hadn’t already earned respect around the poker world, he certainly has now.

Kempe’s final table performance was reminiscent of Joe McKeehen’s dominance during the 2015 WSOP November Nine playdown. The only difference was that the German had to fight off Holz’ relentless attack, whereas McKeehen was never significantly challenged at the final table.

But Kempe played exceptional big stack poker. And even after Fedor pulled off a massive comeback to take the chip lead, the eventual winner never wilted. On his way to victory, he eliminated Matt Berkey, Phil Hellmuth, and Erik Seidel, and, of course, the young Holz. Fedor sent Bryn Kenney and Dan Shak to the rails on the tournament’s final day Wednesday.

The above seven players were the only ones to cash. Dan Smith bubbled the tournament on Tuesday. This was one of the most talented final tables ever.

Hellmuth and Seidel, two of the greatest players of all time, collided with young stars such as Holz, Kempe, and Kenney. Dan Shak and Matt Berkey certainly aren’t pushovers either. 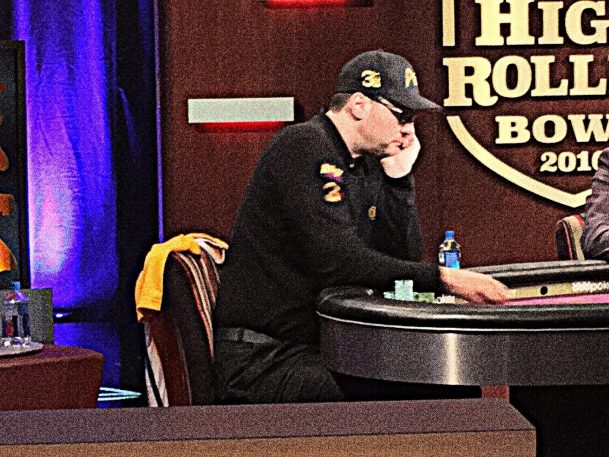 Phil Hellmuth contemplates a decision at the final table of the 2016 Aria Super High Roller Bowl. He took 4th in the event. (Image: CardsChat news exclusive)

Seidel busted in 3rd place, despite only having a huge stack for a small portion of the tournament. He hung in there for quite some time short-handed, sometimes with less than six big blinds at the final table, but was unable to find a good opportunity to win a big pot that could spark him.

Hellmuth went out in 4th place. The 14-time WSOP winner didn’t score a pre-World Series title, but he can now focus on #15 as the WSOP moves into high gear.

The 47th annual World Series of Poker is officially underway at the Rio in Las Vegas, about a mile from the Aria. The series began on Wednesday with the $565 Casino Employees tournament, which is only open to, you guessed it, casino employees.

There were 731 players signed up and 23 remain after one day. Spencer Bennett will begin Thursday’s action with the chip lead (627,000). There will be 110 players paid, with first place receiving $75,157. This is a two-day event, so we’ll know by end of day today who takes home the big money.

Thursday also marks the start of Colossus II. The inaugural Colossus in 2015 set a live poker tournament record for number of participants. This year’s event could have even more entrants with its very reasonable $565 buyin and many mega satellites going throughout the day, which began on May 31.