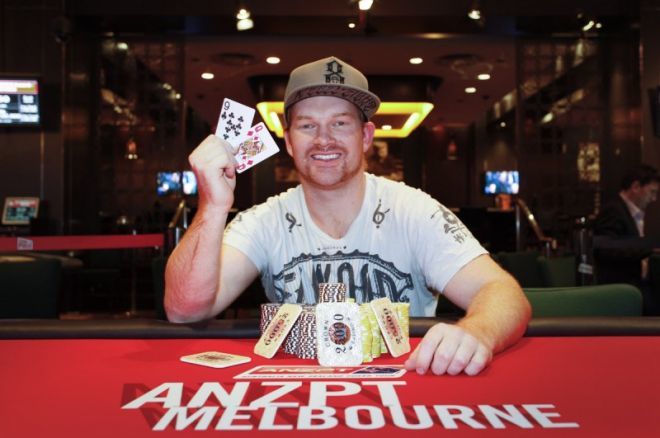 The APPT will now absorb ANZPT events, like this one taken down by Paul Hockin in 2012. (Image: pokernews.com)

The Asia-Pacific Poker Tour (APPT) was already one of the larger poker brands in Australia, holding events in Melbourne, Perth, and Sydney in its latest season alone.

But the tour will become even more dominant in the region going forward, as it is set to absorb all of the events in the Australia New Zealand Poker Tour (ANZPT) as of next year.

Not much will change for players who enjoyed participating in the ANZPT.

Being included in the APPT will give each of these events even more prestige and importance, while helping to turn the Asia-Pacific tour turn into something a little closer to the European Poker Tour (EPT) than it is right now.

Historically, the APPT has been rather small. The tour began in 2007, and at the time included just four events, with just one of those taking place in Australia.

Over the years, more and more events have been added. Season 8 saw nine events, including tournaments in Melbourne and Auckland, while the current 2015 season features a total of 10 stops, culminating in the Asia Championship of Poker this November in Macau.

For Danny McDonagh, the president of both the APPT and the ANZPT, the end of the Australia/New Zealand tour is a bittersweet moment. The tour had run for seven years, with the latest season featuring three tournaments across Australia.

“I have been very proud to be a part of the ANZPT,” McDonagh said. “There have been many memorable stops including Darwin, Gold Coast and Queenstown together with the big city venues such as Sydney and Melbourne.”

McDonagh noted that keeping the buy-ins on the ANZPT reasonable had made the tour very popular with players, and hoped that the final official event for the series could send off the tour on the right note.

The APPT has said that it plans to ensure that Australia and New Zealand are well-served when it comes to series poker tournament action under their watch. Next year will mark the tenth year for the APPT, and the new season will kick off with the Aussie Millions festival in January at the Crown Melbourne, which is known as the largest poker festival in the Southern Hemisphere.

The most recent event on the APPT was the Macau Poker Cup 23, the latest edition in the rapidly growing poker series held at the PokerStars LIVE room at the City of Dreams casino. The Main Event at that stop was won by Yue Feng Pan, who finished atop a field of 945 players to win HK$2,108,000 ($270,000).