Antonio Esfandiari might have more than $26 million in tournament earnings, but his recent win against former World Series Main Event winner Jamie Gold on the WSOP Circuit tour in Los Angeles had to be a career highlight. 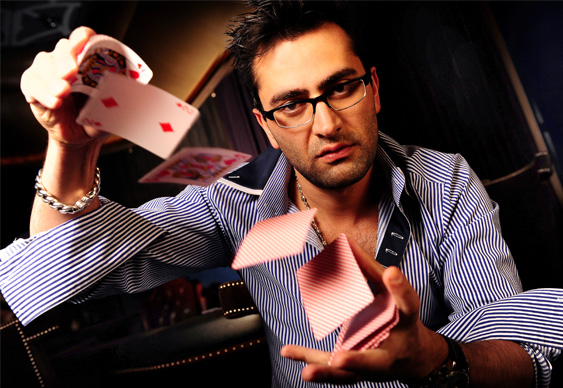 Oops, He Did It Again: Antonio Esfandiari, aka “the Magician,” turned Jamie Gold’s WSOP circuit dreams to dust after dominating in LA at the Bicycle Club. (Image: bluffeurope.com)

Despite calling $10,000-and-up entry fee tournaments his bread and butter, Esfandiari was one of the players in attendance at this year’s $1,675 WSOP Circuit event at the Bicycle Casino in L.A.

Although a WSOP Circuit ring isn’t quite as valuable as a WSOP bracelet, the 756-player field was littered with talent, and by the time the final table rolled around, any number of stars could have won the title.

Gold on Top in Final Stages

Leading the way on the final day was 2006 WSOP Main Event winner Jamie Gold, but following close behind was the likes of UFC announcer and poker enthusiast Bruce Buffer, Bryn Kenney, and Ludovic Geilich.

However, when the action in the finale got underway, it didn’t take long for Esfandiari to steal the momentum and quickly move himself up from the middle of the pack to take the chip lead.

With the aforementioned pros cast to the rail and only Gold in his way, the Magician needed only to survive a few early scares in order to clinch his first-ever WSOP Circuit ring.

Starting the heads-up match with an imposing 11:1 chip lead, Antonio appeared confident in the early stages, but almost lost his way after Gold doubled his stack within the first few hands.

A Little Bit of Magic

Fortunately, Esfandiari was able to keep his composure, and despite Gold threatening to mount a serious challenge for the title, it was the 2012 Big One for One Drop winner who sealed the deal with Ac 2h.

After a flurry of pre-flop betting, the two finalists watched the dealer burn and turn an As 5c 2c flop. A check raise from Esfandiari led to Gold moving all-in with Ah Kd, and after making the quick call, it was Antonio who closed out the match after the 2d on the turn gave him an unbeatable full house.

Following the match, a jubilant Esfandiari explained that he’s had a lot less time to focus on poker in recent months because of his newborn son, but he was glad he’d gotten a chance to hone his skills while visiting his father, who was also playing the event.

“I’m a dad now. I love being a dad, and obviously my son is the most important thing in my life. I’m definitely rusty with my tournament poker. There were spots where I really didn’t know what to do. So this was a great warm-up for the World Series. After the past couple days, my confidence is oozing,” explained Esfandiari after the event.

And as far as we know, there was no lunging or bottle-peeing-under-the-table happening at any point.

Would be awesome to be playing in a circuit event and find Antonio on your table!