Antigua Makes Another Move in Fight for Online Gambling Rights 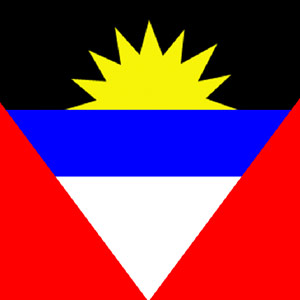 The government of Antigua and Barbuda makes another move in the fight to offer online gambling services to players in the United States per a previous affirmative decision by the World Trade Organization.

The governments of the United States and Antigua and Barbuda have been battling over Internet gaming rights for more than a decade. Even when the World Trade Organization ruled that the US violated the nation’s rights in 2005, the US refused to budge. So Antigua and Barbuda is taking matters into its own hands.

The latest move came from Governor General Dame Louise Lake-Tack, who announced that the government will make changes to its copyright legislation this year. This is the latest step in a radical movement by Antigua and Barbuda to remove all protection that US intellectual property has in their territory, as permitted by the WTO sanctions.

History of the Fight

Many online gambling companies established their server bases through the government of Antigua and Barbuda. According to Forbes, the nation reported $1.716 billion in revenue in the year 2000 from online gambling activities. That number climbed to $2.392 billion in 2001, and the industry employed 1,014 people. It was a staple of the Antiguan economy.

Antigua found the US government unresponsive to its complaints, so it asked for help from the World Trade Organization. Since the nation knew as far back as 2003 that the US’ actions would severely impact its economic stability, the dispute resolution process began in March of that year to “challenge the United States’ total prohibition of cross-border gambling services offered by Antiguan operators such as the World Sports Exchange to consumers in the United States.”

The first dispute panel of the WTO ruled in favor of Antigua in 2004, and a June 2006 ruling by the WTO Compliance Panel found that the US failed to comply and stated it was not entitled to reargue the case. That meant that Antigua had the right to impose trade sanctions against the US. By 2007, the US still failed to comply, giving Antigua the right to suspend concessions and other obligations. Antigua then pursued the opportunity to suspend up to $3.4 billion in annual payments for intellectual property rights for American-copyrighted and trademarked products.

In January of 2013, the WTO officially authorized Antigua to suspend US copyrights. The latest move by the government will make that official, which could cost the US government up to millions of dollars with unparalleled repercussions for the music, film and software industries.

US Refuses to Compromise

While representatives of the US government met with Antigua and Barbuda in November of 2013, the talks were “disappointing.” The awarding of $21 million in annual damages via the WTO ruling is something the US is unwilling to discuss, so the Baldwin Spencer administration has taken its next step.

A WTO Gaming Negotiation Team has been appointed with Attorney General Justin Simon QC as its chair. The committee will make recommendations to the government regarding the process by which to suspend intellectual property rights against US-based companies.