Poker player Andy Bloch is putting his Las Vegas mansion up for auction. If you have around $8 million lying around — and who doesn’t — the 10,591-square foot property can soon be yours, if the price is right. 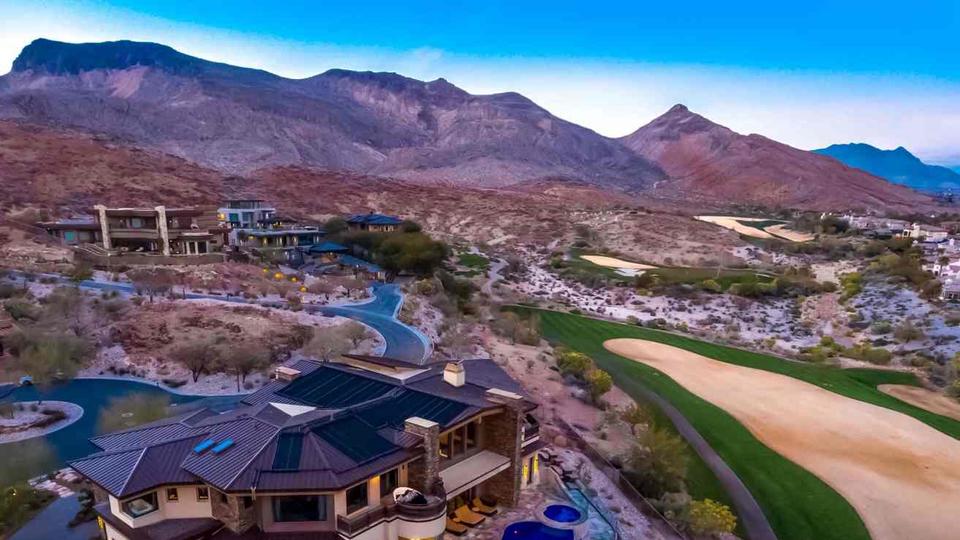 We just want to know why Andy Bloch would want to leave this beautiful area? (Image: conciergeauctions.com)

Bloch originally put his house on the market way back in 2015. He hoped to get $9 million for the sale, which never happened. The former MIT blackjack card counter had offers over the years, but never accepted any of them. He’s now putting the home up for auction on February 25 via Concierge Auctions.

Who Wants to Buy a Home from Andy Bloch?

Bloch is best known in the poker community as a Team Full Tilt pro during the poker boom era. But, to the gambling world as a whole, he famously became part of an MIT blackjack team that took down Vegas. He is a 50-year-old with a Las Vegas home many people would kill to live in — though we don’t recommend that approach.

Bloch owns a 10,591-square foot mansion at 64 Promontory Ridge Drive, a 20-minute drive from the Las Vegas Strip. The six-bed, 6.5-bath home features a grand chef’s kitchen, state-of-the-art appliances, a breakfast bar, disappearing glass pocket doors, and all sorts of other things most of us could never afford to put in our homes.

“When I decided it was time to move on from my home of nearly 10 years, I knew my property would be attractive to the right buyer, but I underestimated how long it would take to find them,” Bloch said in a press release. “I’ve had my home listed on the traditional market for over five years, and while I’ve received plenty of offers, a lack of urgency on both sides of the equation has kept serious buyers from putting their best offers forward, and kept me from accepting the offers that have been presented. Auctions create a multiple offer situation and facilitate a transparent bidding war—all on an expedited time frame.”

Interested buyers can begin bidding on the poker pro’s home on February 25. The highest bidder wins. We’ll start the bidding at $1 and hope we don’t get out-bid.

I hope he isn’t in financial trouble !

maybe Howard Lederer will buy it…