Among poker vloggers, only Daniel Negreanu has more YouTube subscribers than Andrew Neeme, who has grown his following from 0 to more than 95,000 in just a year-and-a-half. And on Twitch, Jason Somerville is the most popular poker streamer with his follower count up to 223,000.

Now these two poker ambassadors have decided to work together to help grow their media brands and monetize their platforms. 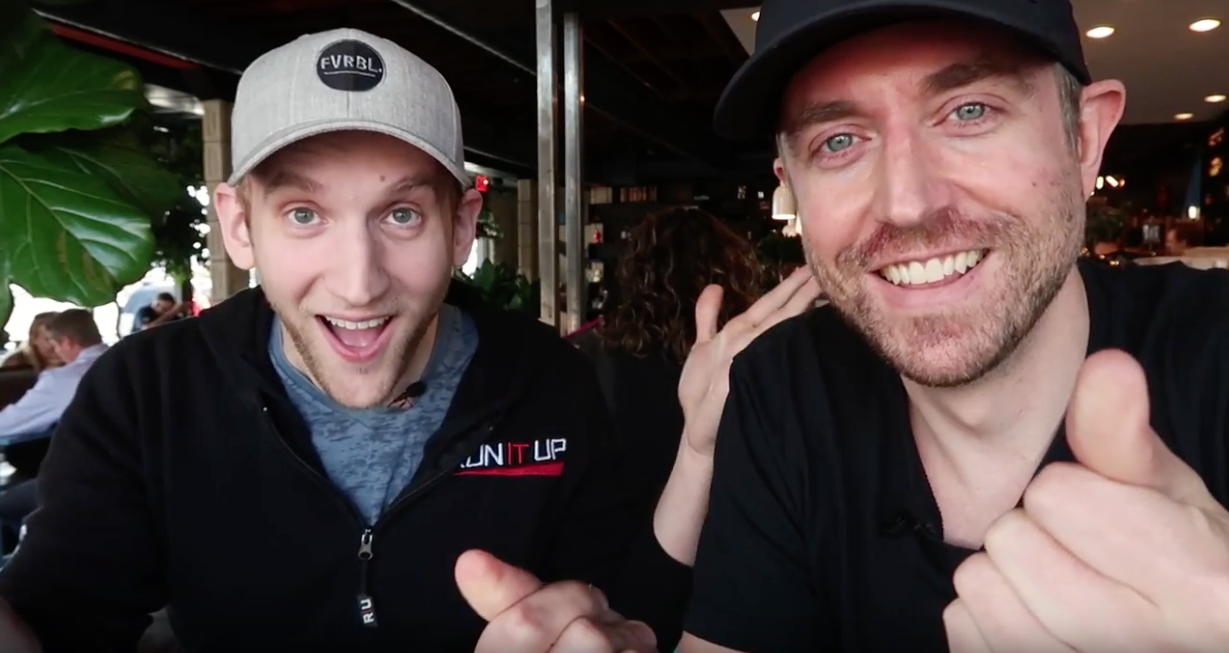 Neeme and Somerville announced their intent to collaborate on Neeme’s YouTube channel Monday night. Sharing the screen, the duo informed the audience that they’d be joining forces not just in each other’s videos, but also with their associated brands.

Somerville is known for his Run It Up livestream content and live-action tournaments, while Neeme has an apparel brand and uses social media to rally meet-up cash games (MUGs) at poker venues around the world.

Neeme acknowledged in last night’s YouTube video that juggling a poker career with vlogging isn’t easy. Between editing video and playing cards, without much assistance, there isn’t much time left in the day. So, he figures, Somerville is the perfect partner.

“Jason and his entire crew bring an entire suite of services to their stable of creators,” Neeme told CardsChat. “The biggest task that they can help with is the video editing.”

Andrew is already the most watched vlogger. And that is the result of his ability to consistently create high-quality content. But Somerville’s team can help him with the video creation process. He just isn’t quite sure yet how it will play out.

“It’s unlikely that I’ll immediately be able to just dump all my raw footage in their hands and they’ll churn out a polished vlog that looks and sounds exactly like what I would’ve done with the same footage,” he explains. “I think there will be a process to it all.”

Perhaps, the greatest benefit the Run it Up team can provide is to take some work off his hands. That, he says, “means it’s that much quicker that I’m returning to the tables” to play poker and record videos.

You have to give a little to get a little in every successful partnership. Neeme plans to give a lot to the Run it Up brand as he plans to join the Twitch livestream community. But will this impede his ability to go to the casino to create new videos for his YouTube channel?

Nevada, Neeme’s place of residence, is one of three states with legal, licensed online poker sites. Once he is up and running on Twitch, he will compete on WSOP.com against players in his home state along with those in Delaware and New Jersey.

It will be interesting to see how effective partnership will be in helping each other grow their brands and become even more popular.

Was delighted when I seen this video on Neemes channel. I know the hours put into video editing are insane and it must be some burnout to put the videos out like he has, especially in times of downswing etc.
To see my two favourite content creators of poker team up like this is incredibly exciting. I can’t wait to see what events they come up with. Exciting times ahead.