Andrew Barber is hoping for more than a photo finish in the WSOP H.O.R.S.E event at today’s (hopefully) final table later in the day. With several high-profile pros on his tail, that may be a challenging order for the Californian, but with five cashes already in this year’s Series, he may just have what it takes to take this one down.

The World Series of Poker saw several key events in play on Thursday, including that $10,000 H.O.R.S.E. Championship, which featured one of the most loaded fields we’ve seen so far this summer. After two days of play, that tournament still has plenty of big names in it, but you might not be as familiar with the person who has grabbed the lead in Barber. 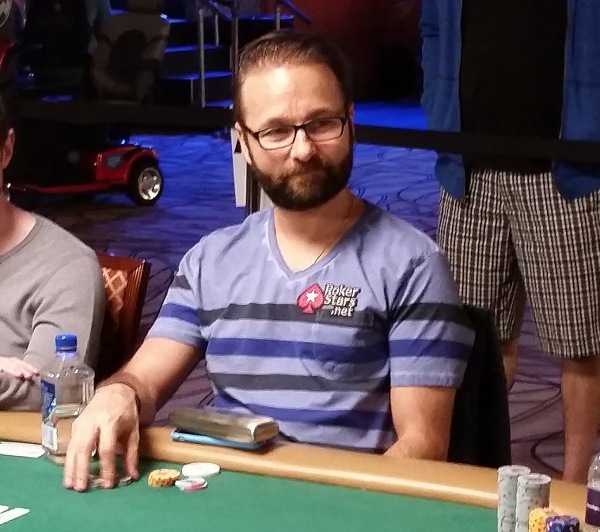 Daniel Negreanu was among the poker luminaries playing the WSOP 2015 H.O.R.S.E event this week. (Image: CardsChat.com)

Andrew Barber bagged 574,000 chips to take the lead heading into what might be the final day of play in the H.O.R.S.E. Championship, putting himself just ahead of Frank Kassela and Eli Elezra at the top of the standings.

Barber, a professional poker player who specializes in Omaha games, has plenty of small cashes at the World Series, but has yet to break through with a defining performance.

The final 20 players in this event include plenty of big names. There is 2005 Main Event Champion Joe Hachem, as well as Brandon Shack-Harris, Barry Greenstein, Scotty Nguyen, and Matt Glantz, among others chasing this prestigious title.

14 Remain in Little One for One Drop

The Little One for One Drop will wrap up on Friday, and at this point, the tournament is still anyone’s game. But of the 14 players remaining, the chip lead belongs to Jason Caulk, an Indiana native who will be making his first WSOP cash in this event, and is likely to make it a very big one.

While many of the players remaining have limited poker backgrounds, there are a few names that pop out. John Reading has a bracelet on his resume and currently sits in fourth place, while two-time bracelet winner Brett Shaffer is in ninth.

Alex Lindop outlasted a field of 2,155 players to win Event #59, a $1,500 No Limit Hold’em tournament. Lindop had to come back as one of four players for an extra day of play to decide the winner on Thursday to play out the event and claim his first career bracelet and a $531,037 top prize.

“It really feels amazing to win,” Lindop said after the tournament. “I’d had a few deep runs before, but they always fizzled. To come here and have this happen is just amazing.”

The $1,500 Bounty No Limit Hold’em tournament continued on Thursday, as the field narrowed down to its final 34 competitors. On top heading into Day 3 is Vojtech Ruzicka, who bagged over 2.1 million chips, nearly 1 million more than his closest competitor, Jack Duong. There appear to be no previous bracelet winners still in the mix for this title.

But John Myung, who currently sits in fourth place, has 33 career WSOP cashes, and there are a couple of WSOP Circuit event winners still in the field as well.

The first-ever WSOP Online No Limit Hold’em bracelet event played out its virtual portion on Thursday, as 905 players were reduced to just six who will play out the rest of the event live at the Rio on Saturday. The chip leader at the final table will be a player who goes by the screen name “imgrinding,’ while notables Dutch Boyd and Natasha Barbour cashed, but fell short of the final table.

125 players remain in contention in the $1,500 Seven Card Stud Hi/Lo event which began with 547 runners at the start of play Thursday. Grabbing the chip lead was Thomas Savitsky, while notables like Allen Kessler and Adam Owen are also alive heading into Day 2. 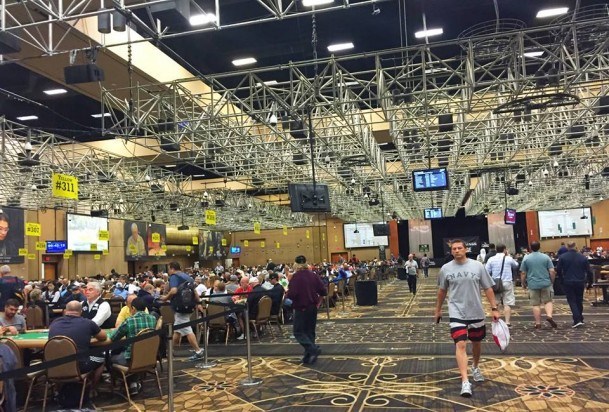 Heading into the last weekend before the Main Event kicks off on Sunday, World Series players have several key events to play down today and tomorrow. (Image: CardsChat.com)

We might see multiple bracelets awarded on Friday, as the Little One for One Drop will certainly end today, and the $10,000 H.O.R.S.E. Championship is also scheduled to play down to a winner. Meanwhile, two more new events are starting up, which will be the final two before the Main Event kicks off on Sunday.

At noon Pacific Time, we have the first of two starting flights (both today, as the later flight begins at 7 pm) for the $777 Lucky Sevens No Limit Hold’em tournament. This event will no doubt capture a huge number of entries from recreational players, perhaps even some that are coming in a few days early for the Main Event.

The last preliminary event of the series could also be one of the toughest ones: the $10,000 Dealers Choice Championship. With big money on the line and 18 games to choose from, expect most of the top players in the world (and perhaps not too many others) to take a shot in this tournament.