Tiny Delaware Struggles Most Among States with Legal Online Poker

Online gambling activity in Delaware has dwindled so much so that few would even notice if it suddenly ceased to exist. 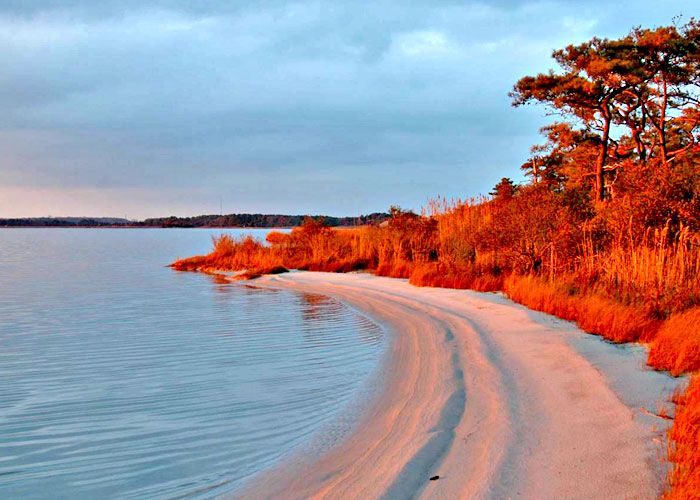 Delaware is a beautiful state, but not a great place to play online poker. (Image: VisitDelaware.com)

After finishing the year with a lousy December performance, Delaware’s online gambling market saw an 18 percent decline in revenue for 2017 compared to the previous year, with the state’s three online casinos combining to generate just $2.39 million in revenue.

Poker rake was only worth 8.7 percent of the total internet gambling revenue during December. Table games (19.1 percent) and video lottery (72.2 percent) were the main sources of income.

Delaware is one of three states that currently have licensed and regulated online gambling and poker sites in operation. Pennsylvania, after recently passing legislation, will soon become number four.

Even in light of the state’s small population (945,913 in 2015), internet poker in Delaware has delivered less than anticipated, and seems to be on a downward trajectory.

The $231,000 in poker revenue generated throughout the entire year was merely 13 percent of the money raked in by New Jersey’s online poker rooms…during it’s worst month (July). The Garden State turned a $2,338,866 profit from internet poker last January, its best month of the year.

Delaware has never been a hotbed for poker, live or online. Only one player from the state has more than $1 million in lifetime live tournament winnings. You may recall the state’s winningest live tournament player, Abraham Korotki?

He burst onto the poker scene in 2006 by winning $433,000 in the inaugural WSOP Circuit Atlantic City Main Event, and just last year won another $350k by taking down a $2,500 Borgata Summer Poker Open event. But it was a $21,000 score that brought him the most notoriety, when he took first place in the 2009 WPT Borgata Poker Open Ladies Event.

Despite Delaware being bordered by many states when it comes to gambling it is a very closed off “old boys club”. I bet at all the aforementioned tracks, it is almost always the same owners, trainers, drivers / jockeys. At some point they will have a big influence on how that revenue will sway and don’t be surprised if some goes into the pockets via profit sharing of the local standardbred / thoroughbred associations approved and sanctioned by their state government. Beautiful state 🙂

I feel like this news story doesn’t point out the obvious flaw in comparing online poker revenue in Delaware vs that in New Jersey. PokerStars and WSOP.com. I’m not exactly sure what any state could expect to generate in revenue considering that it has three unknown poker sites online. Looking into Delaware Park, the biggest of the three, clearly they have an affiliation with 888 but it’s not promoted as 888 Delaware – rather that of the casino it’s linked to.

Which…in my mind…is the problem. New Jersey does well because PokerStars there is branded PokerStars, a recognizable and trusted name. Branding is key – within a small state, using skins of known poker sites, and no player pool sharing as of yet, it’s no wonder that no one there is flocking to the online casinos, and rather are sticking with underground home games or the traditional brick and mortar casinos.

I do wonder with the recent announcement that player pools will be shared in the future, that this will increase competition within the sparse online community in the US, plus attract big name sites to the States. The ultimate question though…unless player pools can be shared within the overall main site, or other big states like New York and California joining the fold, I question whether online poker will thrive like it used to.