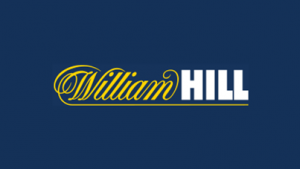 William Hill and Amaya’s proposed merger descended into a war of words between the PokerStars parent and Parvus, the UK bookmaker’s largest shareholder. (Image: Mike Egerton/PA)

The Amaya-William Hill merger is off. Negotiations that began last week with hopes of creating a $6 billion “merger of equals” and a “clear international leader across online sports betting, poker and casino,” had by Monday descended into a war of words between Amaya and Parvus Asset Management, William Hill’s largest shareholder.

The William Hill board announced Tuesday that it took the decision to call the deal off after consulting a number of its major shareholders; not that William Hill’s biggest shareholder needed much private consultation.

Parvus had made its feelings abundantly and publicly clear last week when it described the proposal as having “limited strategic logic” in an open letter to the board.

“We strongly encourage that the board stops wasting valuable time and shareholder resources pursing this value-destroying deal,” said Parvus. “Instead, the board and management must focus on maximizing value for William Hill owners, rather than Amaya shareholders, by considering all alternative options available, including a sale of William Hill.”

Parvus also said that the devaluation of the pound meant that William Hill would be buying “an overvalued asset using an undervalued currency.”

Amaya countered that Parvus’ assessment contained “inaccuracies that can be dispelled through reading Amaya’s public filings, which will attest to the high quality, consistent profitability and stable growth prospects of our business.”

The Canadian company also took issue with Parvus’ suggestion that online poker was currently the weakest of all online gambling segments and that it was difficult to cross-sell between segments.

“It is simply not true to say that poker is a mature or declining market based upon certain public data which under-reports the size and growth of the poker market,” said Amaya.

“Amaya has seen success in cross-selling its online casino and sports betting products while increasing the lifetime values of cross-sold customers,” added the company.

It also complained that claims that its cash conversion of Ebitda is around 39 percent was “factually incorrect.”

Divyesh Gadhia, Chairman of Amaya, said: “Together with our financial advisors, we evaluated a wide range of strategic alternatives to maximize shareholder value and have concluded that remaining an independent company is in the best interest of Amaya’s shareholders at this time.”

The failure of the talks leaves William Hill in an uneasy position. The company has been searching for a transformational deal for some time, as the European gambling industry continues to go through a period of consolidation through a series of mergers and acquisitions.