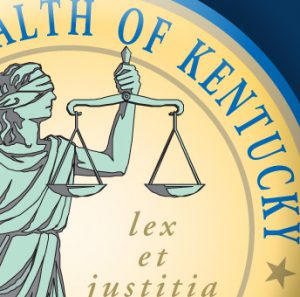 Kentucky is holding Amaya liable for an $870 million fine but its use of a 200-year-old statute is dubious. (Image: rcnky.com)

Amaya Inc. may be facing an $870 million fine from the State of Kentucky, but there’s no need for investors to panic, according to financial analysts.

The Commonwealth of Kentucky is suing PokerStars in an attempt to recover funds lost by state residents at the site between 2006 and 2011, the period after UIGEA prohibited financial institutions from processing American bets, and before PokerStars shut down its operations in the US as a result of the Black Friday indictments.

Amaya has called the lawsuit “frivolous” and “without merit,” and has vowed that it would fight it vigorously. Furthermore, said Amaya, during the five-year period in question, PokerStars generated aggregate gross revenues of around $18 million, which makes the figure demanded all the more mystifying.

The shock news of a possible $870 million hit shaved 10 percent off the price of Amaya’s stock in the aftermath of the announcement, but according to Dundee Capital Markets analyst Eyal Ofir, there are several reasons why investors should take Kentucky’s litigation with a pinch of salt (and maybe a shot of bourbon).

First and perhaps foremost is that the figure of $870 million has been calculated by using a 200-year-old gambling claw-back law that was designed to protect the families of destitute gamblers.

Using this antiquated statute, Kentucky believes that it can hold Amaya liable for all gross losses incurred by the state’s players to other PokerStars customers.

How the court will determine how much was gambled and lost by Kentucky players is unclear.

“We believe that considering prior precedents and the judge’s use of the 200 year old statute to uphold the damages provides Amaya with a very strong footing entering the appeal process,” Ofir told the Financial Post. “Hence, the view that there is a significant probability of the ruling being reversed or the damages reduced.”

Ofir also points out that as part of the $4.9 billion acquisition of PokerStars’ parent, the Rational Group, $315 million was set aside for potential aggressive litigation costs.

And, should Kentucky be successful in holding Amaya liable for the full sum, Amaya has publicly stated that it will pursue the former owners of the Rational Group for the rest of the money.

Meanwhile, Amaya’s legal analysis suggests that the statute of limitations prevents any other states from pursuing similar action.

The poker parent has indicated that it will appeal the court’s decision.