Amaya Sets Sail On The NASDAQ 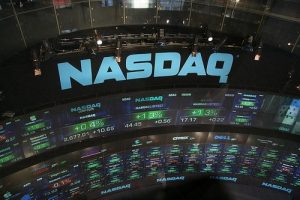 PokerStars’ owner Amaya Inc has begun trading on the NASDAQ Global Select Market under the ticker AYA, as of Monday, which means that Americans are now in the curious position of being able to “gamble” with Amaya on the stock exchange but not via its core product offering.

Not yet, at least.

The group has traded on the Toronto Stock exchange since 2013, but Amaya boss David Baazov made it clear soon after the $4.9 billion leveraged acquisition of PokerStars that a listing in either New York or London was a major priority.

Amaya will continue to trade on the Toronto Stock Exchange under the same AYA ticker symbol and in Canadian Dollars.

“Our listing on Nasdaq is an important milestone for Amaya and a testament to the tremendous progress we have made over our five years as a public company,” said Baazov. “We anticipate that the NASDAQ listing will provide greater visibility and better liquidity for our stock and help broaden our shareholder base.”

It will also send a strong message to investors who may be concerned about an ongoing investigation into alleged insider trading in the run up to the PokerStars acquisition.

The company’s share price almost doubled in the weeks prior to the announcement of the deal, and as a result Amaya’s Canadian offices were raided by Federal Canadian police and provincial financial market regulators towards the end of last year.

The investigation is ongoing, and there are currently no suggestions that Amaya is culpable of any wrongdoing.

Nevertheless, the investigation was recently used as a stick with which to beat Amaya by the Viejas Band of Kumeyaay Indians, a member of the coalition of tribal operators that is vehemently against the participation of PokerStars in a regulated California online poker market.

In a paid-for radio spot, the operator accused PokerStars of being a “corrupt” company and relished the fact that Amaya was under investigation for securities fraud.

Amaya was quick to highlight that, in theory at least, only companies that are squeaky clean are considered for a NASDAQ listing. “The NASDAQ Global Select Market is Nasdaq’s top-tier trading platform,” it said in a statement, “designed for public companies that meet the highest of quantitative and qualitative listing standards, related to, among other things, financial condition, liquidity and corporate governance practices.”

Amaya recently posted first quarter revenues of CAD$340.1 million ($283.5 million) and has begun to divest itself of some of its B2B assets in order to concentrate on its core B2C offering.