Amaya, the Montreal-based online poker site and gambling conglomerate, has enlisted the help of investment bank Moelis & Company to offer an independent company valuation in the wake of CEO David Baazov’s announcement that he will make a bid to take the PokerStars parent private. 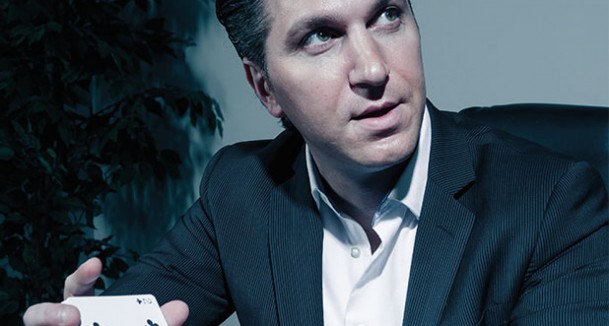 Amaya CEO David Baazov, who has had restrictions imposed on his management of the company while a committee of independent executives awaits his formal buyout proposal. (Image: sharpmagazine.com)

A special committee of independent directors established by Amaya to oversee matters relating to the offer also said that it would be withholding revenue forecasts while the proposal is considered. Financial results for the 2015 were due to be posted on March 14.

Baazov made the surprise announcement of his intention to acquire Amaya on February 1. While no formal proposal has yet been made, the young CEO has said he is in discussion with a group of investors and is expected to make an all-cash proposal that would value the company at CDN$2.8 billion (US$2 billion).

Several senior Amaya execs are believed to be among that group of potential investors, including Executive Vice-president for Corporate Development Marlon Goldstein.

The Amaya special committee has appointed Barclays to review the proposal when it finally appears, while Blake, Cassels & Graydon will act as its legal advisor. Baazov has engaged Deutsche Bank and Goldman Sachs as his financial advisers.

The special committee has also imposed restrictions on Baazov’s management of the company in light of his proposal.

“These guidelines relate to, among other things, the treatment of confidential information, transactions outside of the ordinary course of business, and communication with employees and external parties,” the committee said in a press release this week.

It added that it would consider Baazov’s proposal “as well as other alternatives that may become available to Amaya.”

Playtech in the Mix?

The UK’s Sunday Times claimed last week that British online software giant Playtech is on the hunt for acquisitions with a $1.13 billion war chest and has Amaya firmly in its sights.

Several of Playtech’s takeover targets last year were thwarted, such as its attempts to acquire trading platform Plus500 for $644.7 million and Forex broker Ava Trade for $147 million. The company was also named as a being involved in the early stages of negotiations to buy bwin.party, which was ultimately sold to GVC Holdings for $1.6 billion earlier this year.

While Playtech, which operates the fourth-biggest poker network in the world iPoker, is also known to be pursuing fellow software company OpenBet in a deal worth some $351 million, a surprise offer for Amaya would certainly spice things up.

Following the Amaya press release, shares for the company fell below CAD$19.00 in Toronto before closing at CAD$19.50, down 1.96 per cent for the day.