Amaya Still Confident in US Presence for PokerStars, Says California and New Jersey Will Happen 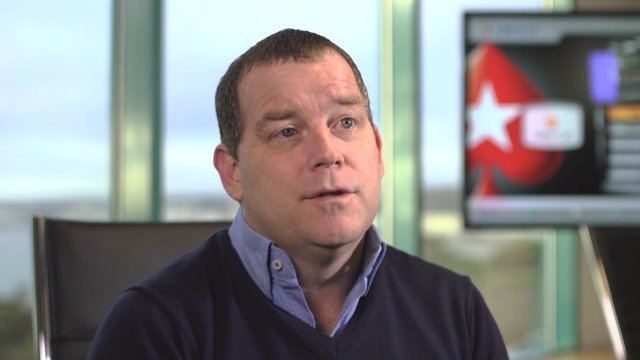 Amaya, the company that owns PokerStars, isn’t daunted by the reality that California’s legislative session ended earlier this month with its various online poker bills marooned in limbo.

The company is confident that online poker’s various stakeholders can overcome their disagreements, and that its lobbying efforts in California will reap rewards.

“We see a lot of momentum and it’s really a question of when not if, and obviously we’re hoping that it’s sooner rather than later,” Eric Hollreiser, Amaya’s vice-president of corporate communications, told the Financial Post this week.

But Amaya’s confidence might be viewed as arrogance by certain factions of California’s gambling landscape. after all, PokerStars itself is one of the major reasons for the current stalemate over the legislative push.

A coalition of tribal operators is vehemently opposed to the online poker giant’s entrance to a legal California poker market. The coalition believes that PokerStars’ history as a “bad actor” should preclude it from participation. Bad actor, in this sense, means a company that permitted Americans to gamble online after the Unlawful Internet Gambling Enforcement Act (UIGEA) of 2006 had declared gambling transactions to be illegal.

PokerStars, meanwhile, is arguing for an inclusive market, and has the backing of the Morongo and San Manuel bands of Mission Indians and the Golden State’s key cardrooms.

However, because any online poker bill would be a fiscal bill, it would require a two-thirds majority vote from the legislature to pass. And without consensus from stakeholders, it’s very unlikely the politicians who represent them would get behind such a bill.

In view of the current impasse between the two groups, it’s hard to see where the “momentum” that Hollreiser describes is coming from.

PokerStars in New Jersey Still on for Q3, Says Baazov

Meanwhile, Amaya CEO David Baazov was “on message” as he discussed online poker regulation at a lunch organized by the Quebec MBA association.

“To achieve those objectives it’s important to support and lobby for clarity and regulation that will allow consumers and governments to feel secure in knowing that they’re protected by a legitimate, forward-looking industry,” Baazov added.

The CEO also spoke briefly of Amaya’s ambitions in New Jersey at the lunch, saying that he expected PokerStars to be approved for licensing in Q3 of this year, which would mean before the end of September. That gives them eight business days from today to make it happen.