Amaya Rumored to be Talking Acquisition with PokerStars 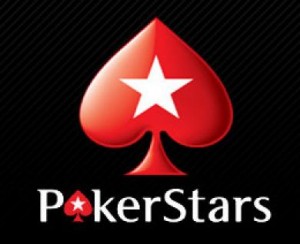 Amaya Gaming might be acquiring PokerStars, in a reverse takeover situation that would make PokerStars a publicly traded entity under Amaya.

According to an industry report, the biggest name in online poker might be in talks regarding an acquisition. Normally, it wouldn’t make headlines if PokerStars was on the verge of acquiring another company. However, it appears the tables have turned and a Canadian company, Amaya Gaming, might be in talks to actually acquire PokerStars.

The Amaya Gaming Group is purportedly in talks to merge with PokerStars, which is based on the Isle of Man. Some analysts are pointing to Amaya’s stock as one of the key indicators that something is seriously up with the alleged talks. On Friday, May 23, Amaya’s stock closed at $10.25 after being valued only $7.71 just five days previous. The amount of volume traded accounts for almost five times the daily average when analyzing the previous three months.

Rumors have been circulating that there is an agreement in place that would actually see Amaya assume ownership of PokerStars, not the other way around as conventional logic would dictate.

The reason for this is simple – it would clear the way for PokerStars to return to regulated markets in the United States. Readers should remember that it just so happens that Amaya is one of the few entities currently licensed to operate online in New Jersey.

Clearly, it seems ridiculous that a decently sized Canadian company would have the assets and wealth in place to acquire the biggest name in the industry. To this day, Amaya still appears to be paying off for a recent wild spending spree of company acquisitions made over the past few years. Previous to the recent spike this past week in stock price, Amaya’s market cap was estimated to be about $950 million, clearly a fraction of the net worth of PokerStars.

It is of importance to note that PokerStars is currently a privately held company and thus, no actual value has ever been pinpointed, but many believe it is well into the billions of dollars. It might stand to reason then that a “reverse takeover” is being planned, where Amaya would simply become the new corporate face of PokerStars, making it a cheap and extremely fast way for PokerStars to, in a roundabout way, become a publicly traded international entity with a fresh new face and corporate name, which is sure to placate lawmakers and those that grant licenses in the United States.

For those not familiar with the process, a reverse merger takeover is the acquisition of a public company by a private one, so that the private company can bypass the lengthy and difficult process of going public. Transactions such as these usually require a complete reorganization of capitalization of the acquiring company.

History Will Play Into the Deal

As part of its Black Friday civil charges in 2012, PokerStars agreed to a whopping $731 million settlement with the feds, a little below what Amaya’s worth currently sits. However, Amaya has a good relationship with lawmakers in the United States, while PokerStars founder Isai Scheinberg, a Canadian himself, has a huge unresolved legal battle in front of him. In fact, New Jersey’s Division of Gaming Enforcement used this as justification for suspending a PokerStars license for two years.

What Comes Next for PokerStars and Amaya

Amaya has been cagey on the entire topic. An official statement issues on May 26 simply said:

“In response to trading activity that may stem from market rumours that have come to the company’s attention regarding a potential strategic acquisition, Amaya stated today that … [it] regularly evaluates potential acquisition opportunities. There can be no assurance that any such discussions will ultimately lead to a transaction.”