Amaya Inc. released its Q1 2016 earnings report, and there is good news and bad news for the company that owns the world’s largest poker site. 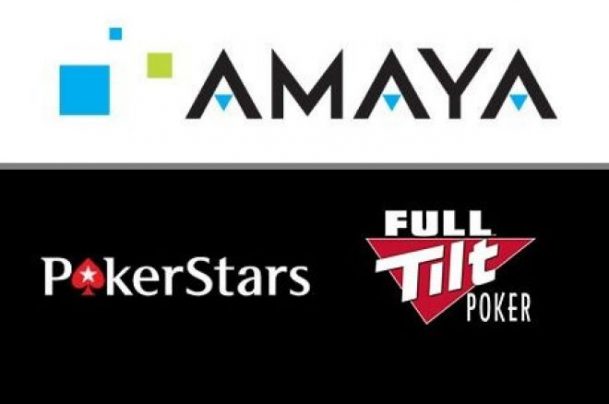 While overall revenue increased by six percent compared to Q1 2015, the majority of that came from Internet casino gaming, rather than the online poker sector. And that was despite an impressive start for PokerStarsNJ, the company’s first reentry into the US market since Black Friday in April 2011.

On the poker side, the news was globally more depressing. As the parent company to PokerStars and the Full Tilt brand, Amaya raked in $216.4 million for their poker sites during the first quarter of the year. While that may seem impressive, it’s not when compared to the same time period last year.

The company brought in a combined total worldwide for poker of $242.8 million in Q1 2015, making this year’s numbers an 11 percent decrease year-to-year. Overall, the online casino giant accumulated $288.7 million in revenue the first part of 2016. Poker accounted for 75 percent of that money.

Where’s the Rest of the Money?

Amaya’s poker brands make up more than 70 percent of the entire online poker market in the world. PokerStars is the company’s biggest cash cow, and no other poker site compares to it in terms of cash intake.

Competitor 888poker has made a strong push in the past year to challenge Stars for the top spot in online poker rankings, and is now in second place. But the site still finds itself light years behind PokerStars. 888poker’s cash game traffic pales in comparison to its toughest competitor.

Poker represents only a small portion of the entire online gambling market, of course. So Amaya has diversified around the world in recent years, and focused on more than just poker.

With the decrease in recreational players in the past decade, site operators have been catering to all types of gamblers, not just poker players. Games such as blackjack, slots, and roulette are extremely popular online.

According to Amaya’s Q1 report, the reason for the decline in poker revenue had to do with customers depositing less money, Full Tilt becoming less popular (and recently being put to sleep), and online gamblers being more interested in other casino games.

Although the overall Q1 poker revenues declined from 2015’s figures, the same can’t be said about the month of April. Amaya generated $73.6 million last month, which is merely $100,000 less than the same month last year.

Overall, revenues in April 2016 increased by 11 percent compared to the same month a year ago. Amaya has faced some heavy criticism in recent months due to former CEO David Baazov’s alleged insider trading charges in Quebec by the province’s financial regulator, but the business hasn’t taken a public relations hit financially from his reported misdeeds.

To be clear, they killed Full Tilt Poker, it didn’t just become less popular for no reason. They actually killed it by removing some popular tournaments, removing high stakes games that were a big draw for rec. players to rail(and play some too); they stopped promoting it…it seems like they wanted FTP to fail. This was a mistake because FTP served a niche market, but Amaya doesn’t care, they are all about greed.

PokerStars revenue is going to keep falling. This is no mystery to anyone that is following their recent changes. They are raking more and removing most of the older style “vanilla” tournaments where real poker players can play ‘real’ poker. They offer mostly turbos now and even the regular speed MTTs have blind levels that are too fast. They might be able to increase profit in the short term but they will lose long term. Recreational players will stop depositing when they realize that the games are even tougher to beat.

Amaya isn’t capable of looking at the long term. They are so concerned with paying down their debt from the purchase of Stars that they are willing to kill PokerStars to get short-term gains. Every change they’ve brought in in the last couple years has resulted in me playing less and less on Stars and playing more and more on other sites, namely, 888, Partypoker and Titan.