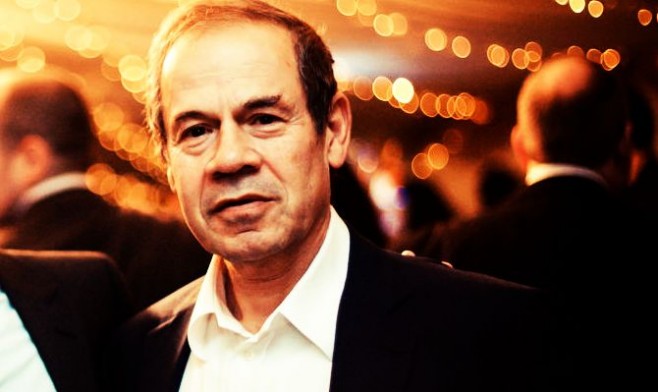 Amaya Kentucky lawsuit: Isai Scheinberg, PokerStars founder, appears to be at loggerheads with Amaya over his liability in an $890 million Kentucky court judgment. (Image: fr.pokernews.com)

An Amaya Kentucky court order to pay a massive fine to the state isn’t going down well at all with PokerStars’ original owners.

PokerStars’ former owners, Isai and Mark Scheinberg, are disputing any liability towards an $800 million fine imposed by the state of Kentucky on PokerStars for its unlawful post-UIGEA US operations.

To catch you up, Kentucky is suing PokerStars’ new owner, Amaya, in an attempt to recover the millions of dollars it believes were lost by state residents at the site between 2006 and 2011 (that’s after UGIEA and before Black Friday when the feds shut the site down).

The basis for this is an antiquated gambling claw-back law that was enacted in the 18th century to help protect the families of destitute gamblers.

Kentucky originally calculated the amount lost by residents at $290 million, but later decided to treble that figure based on the aforementioned law, a move that Judge Thomas Wingate gave a thumbs up to in December.

Interest on the fine is growing at the rate of 12 percent per year, or around $8.7 million per month.

Amaya, which has called the lawsuit “frivolous” and “without merit,” states that revenues derived from Kentucky for the period in question amounted to around $18 million, and suggests that the state court is failing to comprehend the difference between “winnings” and “rake.”

The Canadian company filed its long-expected appeal against the judgment this week, but statements included in the filing reveal that the Scheinbergs have rejected any legal responsibility towards the judgment as well.

It had been understood that as part of the $4.9 billion acquisition deal between the Scheinbergs and Amaya, $315 million, (now down to $300 million, presumably spent on legal fees), was set aside in escrow for potential aggressive litigation costs and similar eventualities.

Meanwhile, Amaya has made it clear that should the judgment be allowed to stand, it would pursue the Scheinbergs for the remainder of the money.

But the Scheinbergs have other ideas, and appear to be disputing Amaya’s request to freeze the escrow funds. That would force Amaya to inform its shareholders that it cannot rely on PokerStars’ former owners for assistance in the case.

“In late January, pursuant to and in accordance with the procedures set forth in the merger agreement governing the acquisition of the PokerStars business, a subsidiary of Amaya submitted a notice of claim to the sellers’ representative and escrow agent seeking indemnification for losses and potential losses caused by breaches under the merger agreement,” Amaya said in the filing.

“Amaya has since received a notice from the sellers’ representative initially disputing all claims set forth in Amaya’s notice of claim,” it continued. “The disputed indemnity claims and release of the escrow funds will be resolved in accordance with the provisions of the merger agreement and escrow agreement.”

Amaya said that it had posted a $100 million supersedeas bond to stay enforcement of the court order while the company appeals.

The truth is, though, that it’s unlikely Amaya will have to pay this fine at all. A similar case in Illinois, brought against PokerStars by two women who had dusted down a similarly ancient gambling law, was slapped down by a state judge there who pointed out that PokerStars was simply charging a rake, and therefore could not be perceived as a “winner,” or even as a “gambler.”

That judgment was upheld last month in a federal court, so could potentially set a precedent.

Would you have the case number on hand?

specifically for the appeals filing