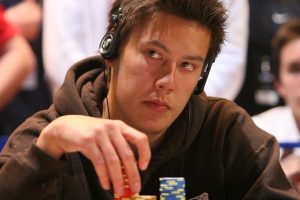 What Lodden Thinks: “No matter what sport you play, there’s always something extra special about competing at home, and this is no exception.” (Image: pokerlistings.com)

The Norwegian Poker Championships, after years in the wilderness, will make a return to home soil at last.

Draconian gambling laws that have in recent years exiled the championships to far flung cities in the UK, Ireland, Latvia and Sweden have finally thawed, and the Norwegian poker diaspora is at an end.

But while Norway has reformed its gambling laws to permit land-based tournaments, online poker site branding is still a no-no.

While to all intents and purposes the Norwegian Championships will be a PokerStars production, run by Amaya’s Global Poker Tours Ltd which operates the European Poker Tour, Latin American Poker Tour and Asia Pacific Poker Tour, it is not an official PokerStars event.

Nevertheless, expectation is high for what will essentially be the first ever legal poker tournament held in Norway.

Five regional championships will take place across the country, beginning in Oslo on October 10, and then returning to the capital for the Championship Main Event on November 18.

Amaya has said it received 100 pre-registrations for the first event on the day tickets went on sale, and expects a final number in excess of 2,000.

“It’s been a long time coming, and I’m incredibly excited to finally play a major poker tournament on home soil,” said PokerStars Pro and Norwegian poker legend Johnny Lodden. “No matter what sport you play, there’s always something extra special about competing at home, and this is no exception.”

Each of the five NOK1,500 (USD$180) regional legs will act as satellites to the Championship Main Event in Oslo.

No cash prizes will be awarded for the regional feeders, in accordance with the new regulations for licensed poker tournaments.

Norway has some of the tightest gambling controls in Europe.

Online gambling is largely illegal in the country, with only two state-owned companies permitted to offer limited games of chance to its citizens.

Norsk Tipping offers games like lotteries, keno and some sports betting, and falls under the jurisdiction of the Ministry of Culture and Church affairs, which ensures that players are only allowed to place bets at certain times of the day and imposes restrictions on the amount players are allowed to bet.

In 2010 the government passed a law that banned Norwegian banks from processing all forms of gambling transactions, online and live, not just within Norway but all over the world, essentially barring Norwegians from using their credit cards to gamble in overseas jurisdictions where such practices are legal.

The recommendations to liberalize the country’s poker laws, which previously outlawed even home games, were outlined last year by Norway’s the Minister of Culture, Thorhil Widvey.

As well as licensing poker tournaments within certain parameters, the new laws also allow unlicensed live tournaments, provided they have fewer than 10 players and a buy-in of NOK 1,000 ($153) or under.

how do you have a tourney if there are no cash prizes ?

regional events are serving as feeders (satellites) into the final national one in Oslo, hence no cash prizes but tickets to the final instead