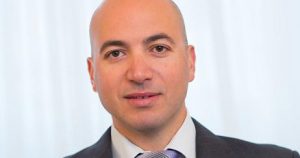 Rafi Ashkenazi, whose appointment as CEO of the Rational Group looks like its designed to facilitate PokerStars’ entrance into the New Jersey market. (Image: poker-red.com)

Amaya has announced that Rafi Ashkenazi will take over the reins of the Rational Group, the parent company of PokerStars and Full Tilt, as it prepares to launch those brands in New Jersey.

Ashkenazi will replace Michael Hazel, whose departure should grease the skids of the group’s triumphant return to the US.

At the end of September, Amaya was granted a license to operate the two brands in New Jersey following an exhaustive investigation into its corporate structure by the New Jersey Division of Gaming Enforcement, lasting well over a year.

One condition of licensing was that Amaya fire four executives whose ties to the old guard of PokerStars and Full Tilt were too close for comfort for the DGE.

PokerStars and Full Tilt were, of course, shut down by the Department of Justice on “Black Friday,” April 15, 2011, for violating the Internet Gambling Enforcement Act, which prohibited the facilitation of online gambling transactions for US customers.

The two brands were viewed as tainted assets in the US, but Amaya hoped that its $4.9 billion takeover of the Rational Group, would wipe the slate clean.

The DGE said in its 89-page report on Amaya that it was largely satisfied that the company had divested itself of links to the former owners of PokerStars, and Full Tillt, with the exception of the four executives in question, whom it chose not to name publicly.

“… the Division determined that four senior executives who remain with an Amaya subsidiary after the acquisition are not able to establish their good character, honesty and integrity as required by the Act because they were involved in the management or control of companies that violated UIGEA, or had responsibilities related to payment processing, providing legal advice, marketing, compliance, audit or operations at those companies,” it stated.

“Consequently, each of those individuals must be separated from any employment relationship with Amaya and its subsidiaries if transactional waivers are to be issued.”

Taking One for the Team

However, while the DGE did not directly identify the execs, it did state that Hazel was one of four individuals who were the subject of a plenary licensing investigation relating to their ties with the Rational Group’s previous management, suggesting that he was one of the four that had to go.

Ashkenazi, who joined the Rational Group from Playtech in 2013 as COO, said this week that he was about the Rational Group’s entrance to the New Jersey market, the cause for which his predecessor appears to have been sacrificed.

“We have great opportunities in the near future with our upcoming launch in New Jersey, the expansion of our casino and sports-betting businesses and our mission to grow the poker category,” said Ashkenazi.

Amaya CEO David Baazov said that the combination of Ashkenazi’s knowledge with his operational expertise makes him an “ideal leader for the Rational Group.”