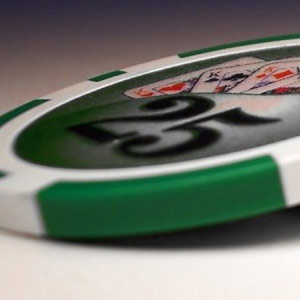 News broke on Saturday evening that one of the players from the Borgata Winter Poker Open has been turned over to authorities for counterfeiting chips.

As previously reported on CardsChat News, the first tournament of the 2014 Borgata Winter Poker Open in Atlantic City was cancelled because several participants were found to be using counterfeit poker chips. If you missed the story, be sure to read Tom Somach’s article from January 24 that outlines the incident. Now, news broke on Saturday evening that one of the players from the Borgata Winter Poker Open has been turned over to authorities. The individual in question also happened to be the chip leader from Day 1B.

Details of the Arrest

As originally reported on the Press of Atlantic City, plumbing staff from Harrah’s Resort were working on an issue that eventually unraveled the mystery. The staff found an unusual clog in the drains while working on a sewer pipe in the hotel. While nobody wants to speculate what might make up a “usual clog” in the sewer pipes at the Borgata, this particular clog was caused by someone flushing 2.7 million in counterfeit poker chips down the drain.

As it turns out, the staff at the Harrah’s Resort in Atlantic City could easily determine where the clog originated from, a horrifying detail for anyone that has ever had stomach problems while staying at a hotel. In this particular situation, they were able to determine the blog came from a guest room being used by Christian Lusardi. Harrah’s staff informed the Borgata, whose staff found another 800,000 worth of chips were actually in play in the tournament.

Prior to Day Two of the first event, the Borgata delayed the tournament and then just cancelled the event. Lusardi, through no coincidence, happened to be the leader of the remaining field and never came back to the tournament or his hotel room.

Eventually, he was purportedly apprehended at a Super 8 motel in Atlantic City on Friday, and charged with rigging a publicly exhibited contest. He is being held on $300,000 bail and has to provide the full amount to be released, due to the nature of his charge.

Not His First Time

Lusardi does allegedly have a checkered past. He was arrested in 2008, as he was the owner of a house that was operating an illegal poker room in North Carolina. He was charged with gambling and illegally selling alcohol. While there is no known outcome to that arrest, counterfeiting tournament chips is an interesting ploy. Cash chips tend to be manufactured differently, with some casinos having sophisticated and nearly undetectable means of determining whether they are legitimate or counterfeit.

Tournament chips typically are made of lesser parts and without the sophisticated technology that some of the higher end casinos use. The reason for this is because there is no way to turn them in for money and they are only used for tournament play so the risk is very low. However, if someone were to go to the trouble of manufacturing counterfeit chips, introduce them into play and use them to either stay in the tournament or have a big stack, they could gain significant profit.

Joe Lupo, Vice President of The Borgata, made a statement to the public thanking the New Jersey State Police Casino Gaming Bureau and the New Jersey Division of Gaming Enforcement. He concluded his statement by saying that the investigation conducted by state police is ongoing.