Alex Epstein is the only poker player in history who can say he’s won a short deck poker tournament at the WSOP. The pot limit Omaha specialist earned that dubious distinction in the $10,000 Short Deck No Limit Hold’em on Tuesday. He earned $296,227. 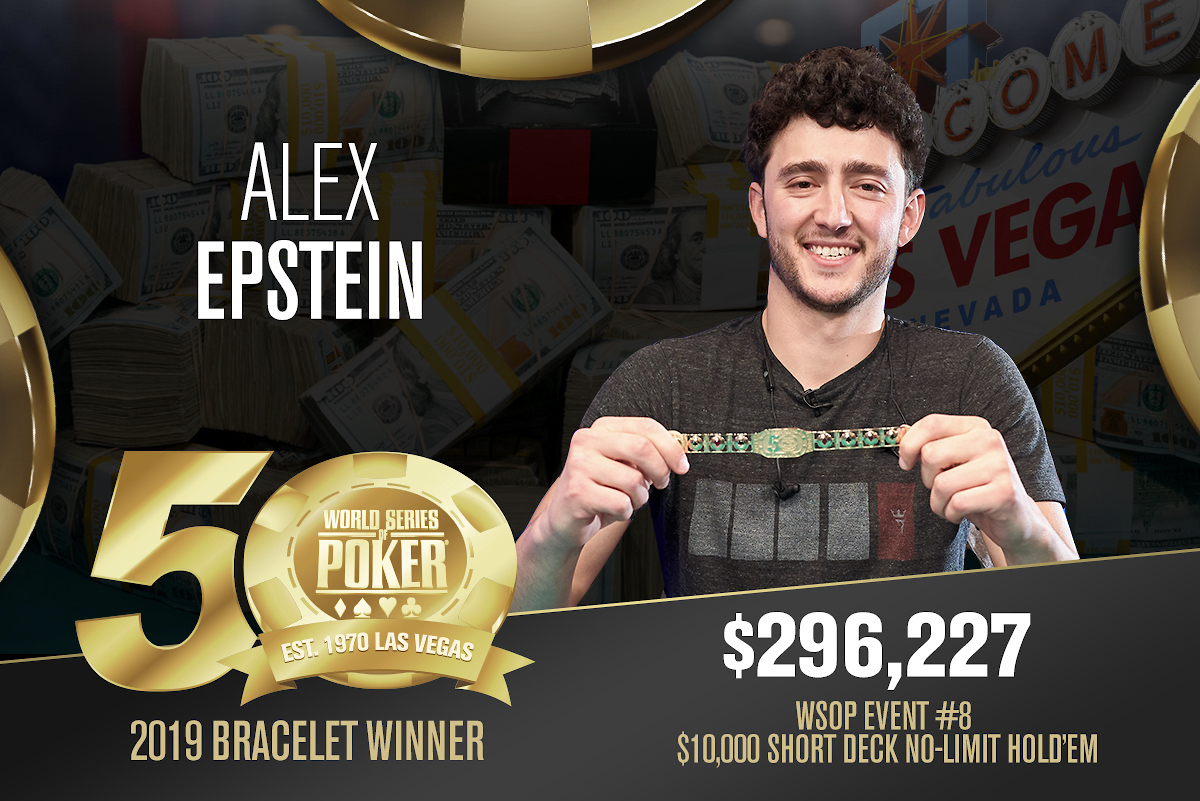 Alex Epstein is the only short deck champion in WSOP history. (Image: WSOP)

Epstein doesn’t have an extensive tournament resume. In fact, this title is the first he ever cashed in a World Series of Poker event. And he previously had only $115,000 in overall live tournament earnings. His craft is on the cash game felt.

But on Tuesday, he also showed he can run with the bulls in a difficult tournament.

The first WSOP short deck tournament, surprisingly, didn’t attract a massive field. Only 114 players ponied up $10,000 to get in on the action. That isn’t too far below the average $10k, but considering it may have been a slight disappointment.

But if you’re Alex Fields right now, size doesn’t matter because you just won your first major poker tournament. And you did so against some talented competition.

It’s no surprise a couple of players from Asian countries ran deep. Short deck poker originally launched in Asia and has become increasingly popular in the Macau nosebleed games in recent years. Pros such as Tom Dwan and Phil Ivey have advocated for American poker rooms to spread short deck hold’em games.