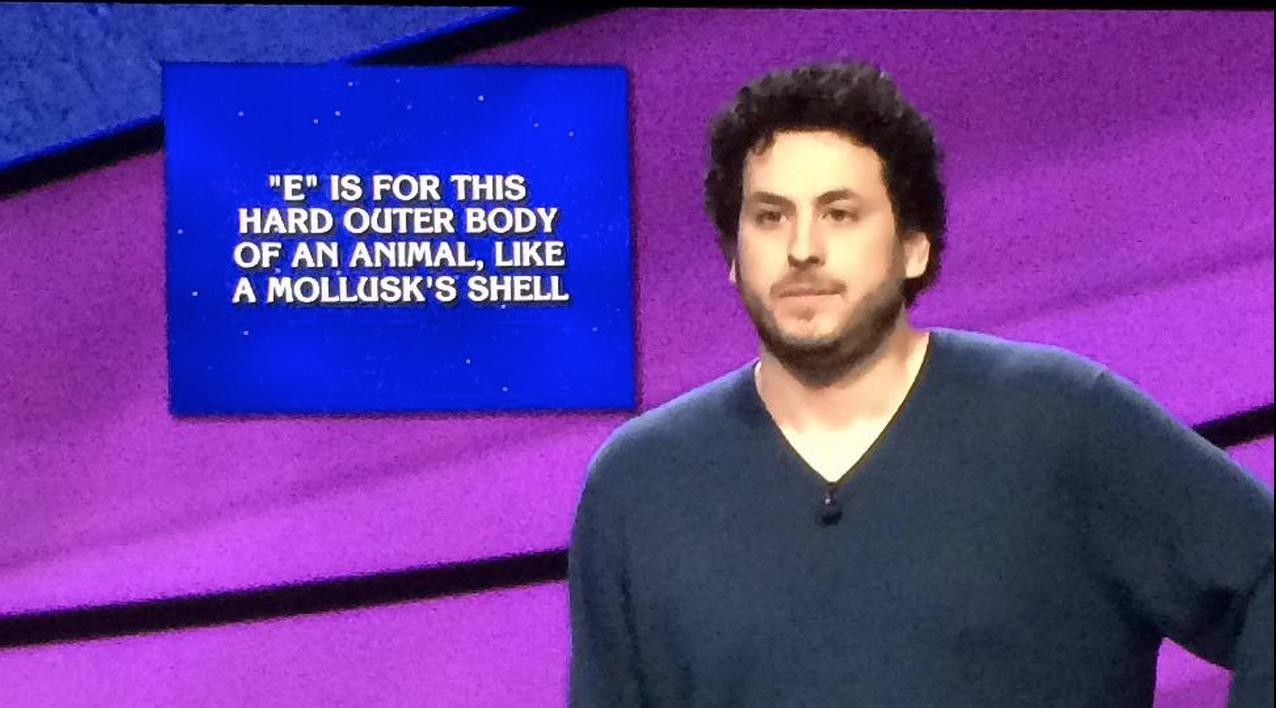 Alex Jacob, the 2006 United States Poker Champion and poker pro who gave up the professional game to become a currency trader, has a new title: Jeopardy Champion of Champions.

It was, said the show’s host, Alex Trebek, “the most dominant performance by anyone in any of our tournaments.”

The 31-year-old Chicagoan had raised eyebrows among the show’s diehard fans during his initial six-game run in April. Armed with knowledge of game theory and a poker players’ willingness to gamble it all, Jacob steamrolled the competition with an unorthodox style of play that involved quite a lot of poker-style tanking.

But in fact, the overall strategy he employed, known as the “Forrest Bounce,” had been developed decades ago specifically for the game by former champion Chuck Forrest.

The Forrest Bounce involves jumping from category to category, rather than sticking with the one you know best, while always calling for high-value clues. This strategy helps to confuse your opponents, while making it easier to find Daily Doubles, which are usually hidden in the higher-value clues.

Jacob was consistently willing to bet it all to win big. During that initial six-game stint back in April, he won over $150,000, which qualified him for the Tournament of Champions, and, once there, he was prepared to lose it all gambling on Daily Doubles. By the end of the two-day final, he had made just under $100,000 more.

The clue that finally stumped Jacob was: “His last name means a type of burial place and in 1855 that’s where he went.”

At this point, betting nothing, he began, “Who…” before collecting himself: “Thanks to everyone who works on the world’s greatest game show!” he smiled, and bowed out.

Who is Alex Jacob?

“The most challenging aspect was probably just dealing mentally with the high stakes and the knowledge that I could win the tournament if I played well,” the new champion told Variety. “The one thing I had going for me is that I’ve played for a lot of money on national TV before,” he added.

“The thing that makes Jeopardy different than poker, though, is that there’s always another poker tournament, but you only get one Tournament of Champions.”

By the way, the final answer, or question, depending on how you look at it is, incidentally: “Who is Søren Kierkegaard?”

Kierkegaard, as we all know, was a Danish philosopher, the same guy who said, “Life can only be understood backwards; but it must be lived forwards,” among other things. His last name means “graveyard” in colloquial Danish and, in 1855, he died.

So there you go. Although we must admit these things are much easier to get when you’re sitting at home in your armchair, using Google.

Just goes to show you that it helps to be intelligent to play poker well. I recall seeing Annie Duke do very well on a game show, and I was impressed. Many players have Phd degrees, law degrees, or some other degree that would have put them into a high paying career…..yet, they chose poker. Interesting.