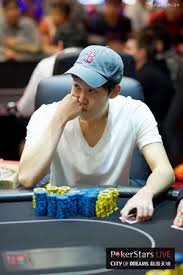 Akira Ohyama has seen success in online poker as well as at live tournaments throughout Asia. (Image: PokerStars)

Online poker sites have been cutting down on their sponsored pro teams, but that general trend doesn’t tell the whole story.

While the overall number of sponsorships may be down, sites are still seeking out partnerships where they think they are profitable, targeting specific areas and players rather than simply trying to sign every big name that emerges in the poker community.

That’s the backdrop against which 888poker has signed Akira Ohyama, one of the top online poker players in Japan. Known as “Clutch Hero,” Ohyama initially began playing poker in the United States, but moved to play full time in Japan after Black Friday.

“I am honored to become a part of Team 888poker, and I am excited to help poker and the 888 brand grow in my country,” Ohyama said. “I will continue working hard both on and off the tables to play to the best of my ability and show results while representing my favorite site, 888poker.”

Why sign Ohyama? It’s likely that 888 is looking at Japan in the same way that many other gambling firms are: as a potential growth market for poker and gambling in general.

Asia in general is a relatively untapped market for online poker, as the game only started to become popular there several years after the poker boom that took North American and Europe by storm.

While Chinese authorities may limit the penetration online poker sites can have in that country, Japan and Korea remain valuable markets that the top sites are fighting for influence in.

Of course, 888 isn’t the only brand that has that idea. The one site that is undoubtedly bigger than 888poker, PokerStars, has also signed Japanese talent in recent months: the company signed pro poker player Kosei Ichinose in January, and then followed that up by making a deal with model Yuiko Matsukawa in March.

Japan’s Future Could Also Include Casinos

The attempts to break into Japan aren’t limited to poker companies, either. Japanese Prime Minister is attempting to push through legislation that would allow casinos in the country, though it is still unclear whether he has the amount of support necessary in parliament to pass a bill authorizing “integrated resorts.”

If such a bill did pass, however, there would be plenty of interest from firms around the world to build casinos in the country.

Sheldon Adelson has said he would spend as much as $10 billion to build a casino in Tokyo, and other companies such as MGM have also made it clear that Japan would be a top priority for them if the market were to open.

As for Ohyama, he is likely to be an excellent asset for 888poker in Japan. He originally learned the game while studying at the College of William and Mary, and won his first live tournament at Caesars Atlantic City in 2011, a victory that earned him a WSOP Circuit bracelet.

Since 2012, however, Ohyama has been exclusively been playing poker in Asia, cashing in tournaments in Hong Kong, Korea, and the Philippines. In total, the Hendon Mob database has credited him with $126,840 in live winnings.

Ohyama’s real success has come from online poker. According to PocketFives, Ohyama has won nearly $1.8 million in online tournaments, most of which was earned in tournaments on PokerStars.