AJ Kelsall (‘RandyLerch”) took down the WSOP Global Casino Championship on WSOP.com for $275,632. In doing so, he earned the final bracelet of the summer. Daniel Negreanu (“DNegs”) was eliminated in ninth place, falling just short of ending his seven-year bracelet drought. 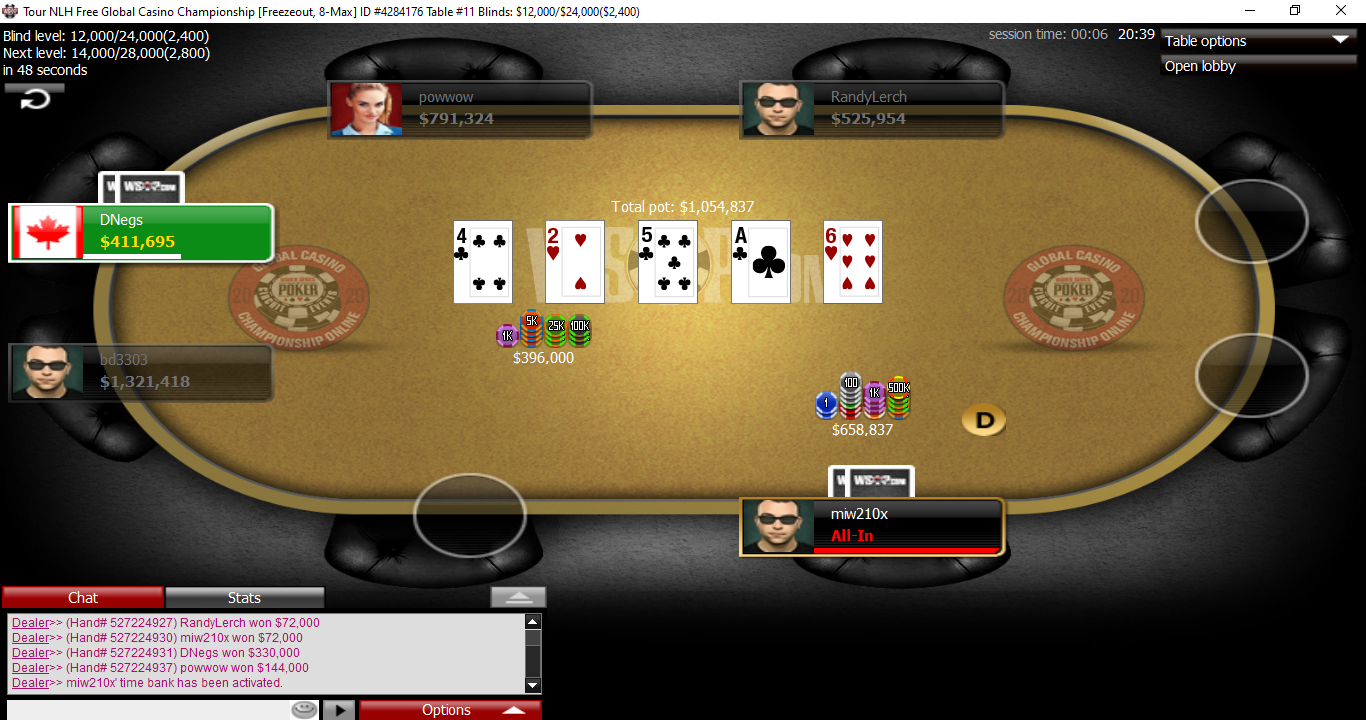 Negreanu needed the bracelet to avoid owing Connor Drinan $100,000. The GGPoker ambassador had a side bet with Drinan on winning a bracelet this summer. If only one player took down a WSOP event, the other would owe $100,000. If they both shipped a bracelet, the bet would become a push and no money would be owed.

Drinan won the final event of the GGPoker WSOP Online Bracelet Series last week. That left Negreanu down to a one-outer, which he nearly hit. He now owes the recent WSOP champion $100,000.

Negreanu can now focus his attention on his upcoming heads-up match against Doug Polk. No official date has been set for the feuding pros to duke it out, but the match will likely begin later this month or in early October.

He ran deep on Sunday in the WSOP Global Casino Championship, an invite-only event. Matusow was eliminated in 10th place, winning $22,898. He’ll likely have to wait at least another year before he has another chance to end his bracelet drought.

Negreanu was next to go, busting in ninth place for $26,643. The six-time WSOP champion came one spot shy of reaching his first final table of the summer, although he did have 35 additional cashes.

The Global Casino Championship runs each August at Harrah’s Cherokee in North Carolina. But this year, the event which is open to Circuit winners and invited bracelet champions, moved online to WSOP.com due to COVID-19.

Each of the eight players at the final table received at least $31,672, which is quite a significant amount given many of the competitors earned a free entry into the tournament. Others paid the $10,000 admission price.