While members of Congress may have sent some mixed signals over the years, the American Gaming Association (AGA) believes that most legislators are in favor of ending the federal ban on one of the country’s favorite activities: sports betting. 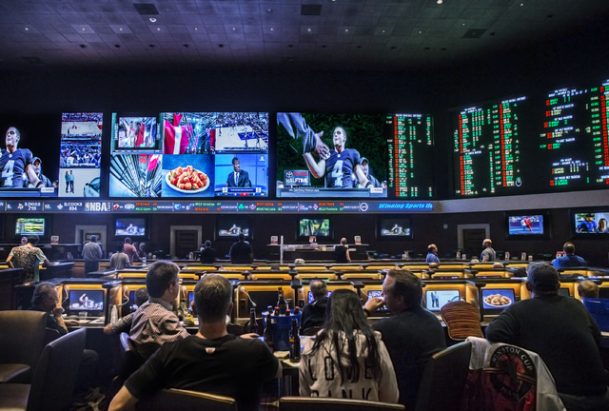 The AGA wants to see sports betting across the country, not only in Las Vegas casinos, which is now the case. (Image: Las Vegas Review-Journal)

The activity has been illegal in all but four states since the passage of the Professional and Amateur Sports Protection Act (PASPA) in 1992. Currently the only state that has active legalized wagering on sports is Nevada.

The AGA, which represents the interests of the casino industry in Washington, will be one of the groups presenting its case to Capitol Hill to end federal restrictions on sportsbetting.

Geoff Freeman, president and CEO of the D.C.-based advocacy group, told Fox Business that his organization is optimistic about the outcome.

“This is really happening,” Freeman said. “There is tremendous demand and tremendous need for a regulated sports betting market. I think we’re closer than at any point in the past several decades to making that a reality.”

He quickly cautioned, however, that the process is arduous and that the cooperation of many organizations is needed.

The AGA is counting on all the major leagues for support, including the NFL, NBA, MLB, and the NHL. More now than ever, signs point to  the potential for Freeman to win them all over. Commissioners of both major league baseball and basketball have said in recent interviews that they are not opposed to regulating sports gambling.

The NHL has a team in Las Vegas and will begin play in the fall, while the NFL recently announced that owners approved the Raiders move to the city, where the team will begin the 2020 season.

Even the staunchest opponent of gambling of the four league heads, the NFL’s Roger Goodell, has backed off of his formerly rigid position on betting.

Jeff Sessions, President Donald Trump’s attorney general, publicly has no position on regulated sports gambling, but he has voiced his opposition to online gambling, including poker.

Those pursuits fell under the Wire Act passed by Congress in 1961 and made it illegal for certain types of gambling, namely, the kind done over a “wire.”

Internet gambling was put in the Wire Act until 2011, when it was excluded from the federal ban.

Casino magnate Sheldon Adelson has spearheaded the effort to lobby Congress and donated millions to the Republican Party, trying to get representatives and senators to pass the Restoration of America’s Wire Act. Yet many legislators oppose the bill and the National Governors Association wrote a letter to Sessions voicing its displeasure.