California’s Thunder Valley wrapped up its second World Series of Poker Circuit stop over the weekend. The series awarded a dozen gold rings, including one in the $1,675 Main Event to 43-year-old online poker legend Hafiz “hafizzle” Khan, who had returned from a two-year break from the game. 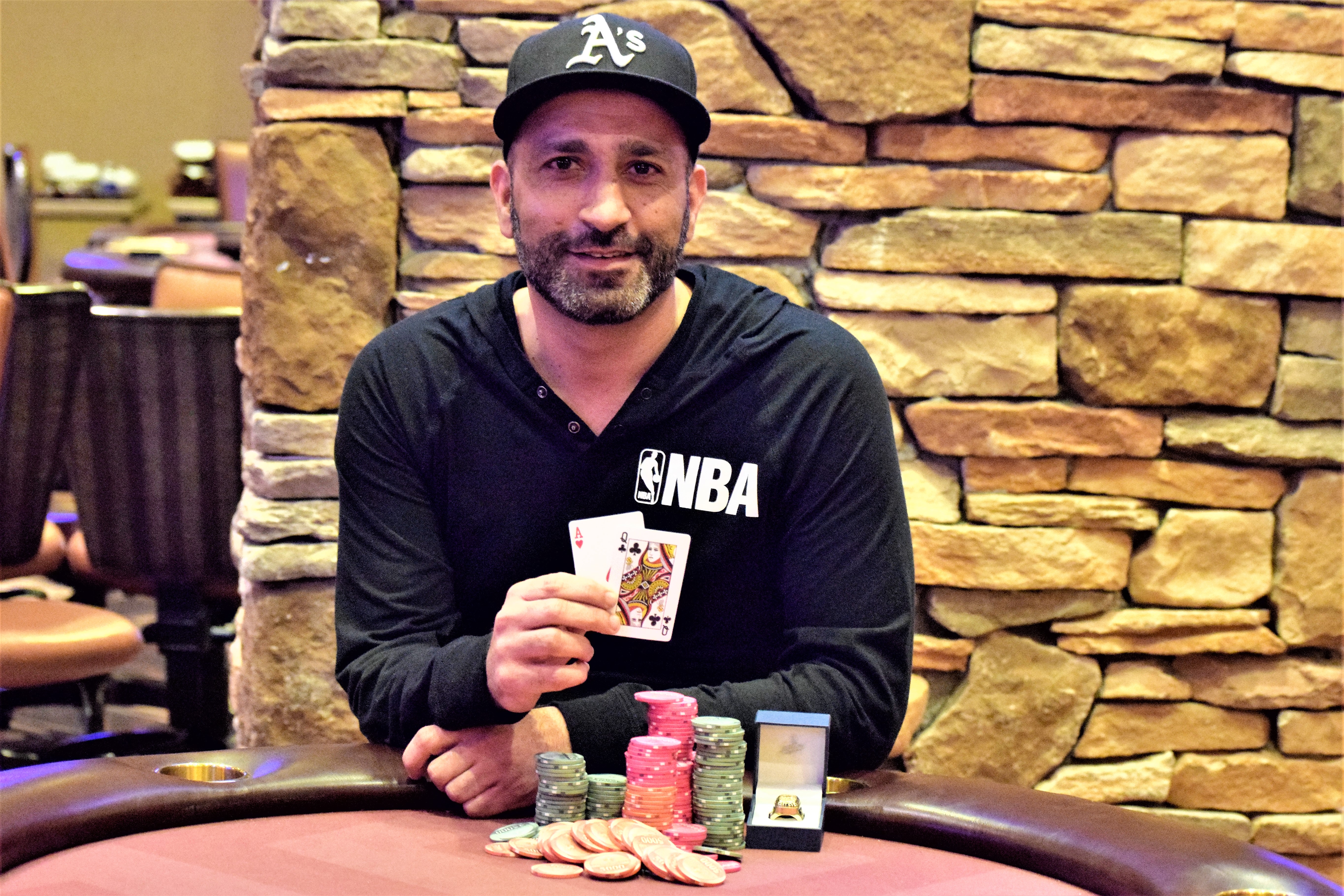 Online poker legend Hafiz “hafizzle” Khan stepped away from the game for two years, but now he’s returned with a bang. (Image: WSOP)

The WSOPC Thunder Valley Main Event drew 599 entries, and Khan finished as the last player standing to win $188,686, his first gold ring, and a seat into the 2018 Global Casino Championship. The win couldn’t have come at a better time for Khan, who had stepped away from the game for two years.

The Thunder Valley win brought Khan’s lifetime tournament earnings up over $2.75 million, much of which came back in 2008 when he finished runner-up to Bertrand “ElkY” Grospellier in the PokerStars Caribbean Adventure for $1,094,976. Prior to Black Friday, Khan also won more than $3 million grinding the virtual felt.

“I kinda had a feeling,” said Khan, who bagged the big stack on Day 1B. “I’ve been telling my friends that I’m going to win this tournament. I felt good and I was running good.”

“People have been telling me all week while I’m walking in the halls. They just grab me and tell me I’m gonna win.”

Khan actually began heads-up play down 10-1 in chips against Roland Shen. A patient Khan refused to go down and after a back-and-forth match, seized the chip lead before Shen moved all in for his last 2.13 million with the Q♦8♥. Khan called with A♥Q♣ and straightened out his opponent after the board ran out K♥10♦8♣2♥J♣. Shen home $116,706 for finishing in second place. 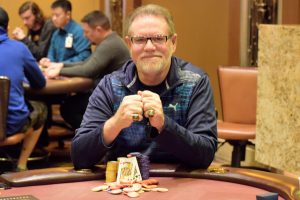 “I’m so enthused I don’t even know what to say,” said Brown. “I was supposed to be on my way home today, but I decided to stay because I wanted to go after the points.”

The points he referred to concerned the WSOPC Thunder Valley Casino Champion leaderboard. Thanks to one other deep run, Brown finished with 110 points to earn the title of Casino Champion and a seat into the 2018 Global Casino Championship.

The WSOP Circuit’s next stop is already underway at Horseshoe Tunica and will run through January 29. Likewise, the WSOP International Circuit is currently hosting a stop at Morocco’s Casino De Marrakech.

He playing patiently and make it real! Praise him for that

Did Hafiz Khan really not play poker for 2 years ? Good job , That’s a remarkable return if he was that out of practice ! The article doesn’t quite say what he was doing .