The 2017 GPI Player of the Year race was a tight one between three-time World Series of Poker bracelet winner Adrian Mateos and high-stakes grinder Bryn Kenney, who actually won the most money of anyone playing tournament poker last year. 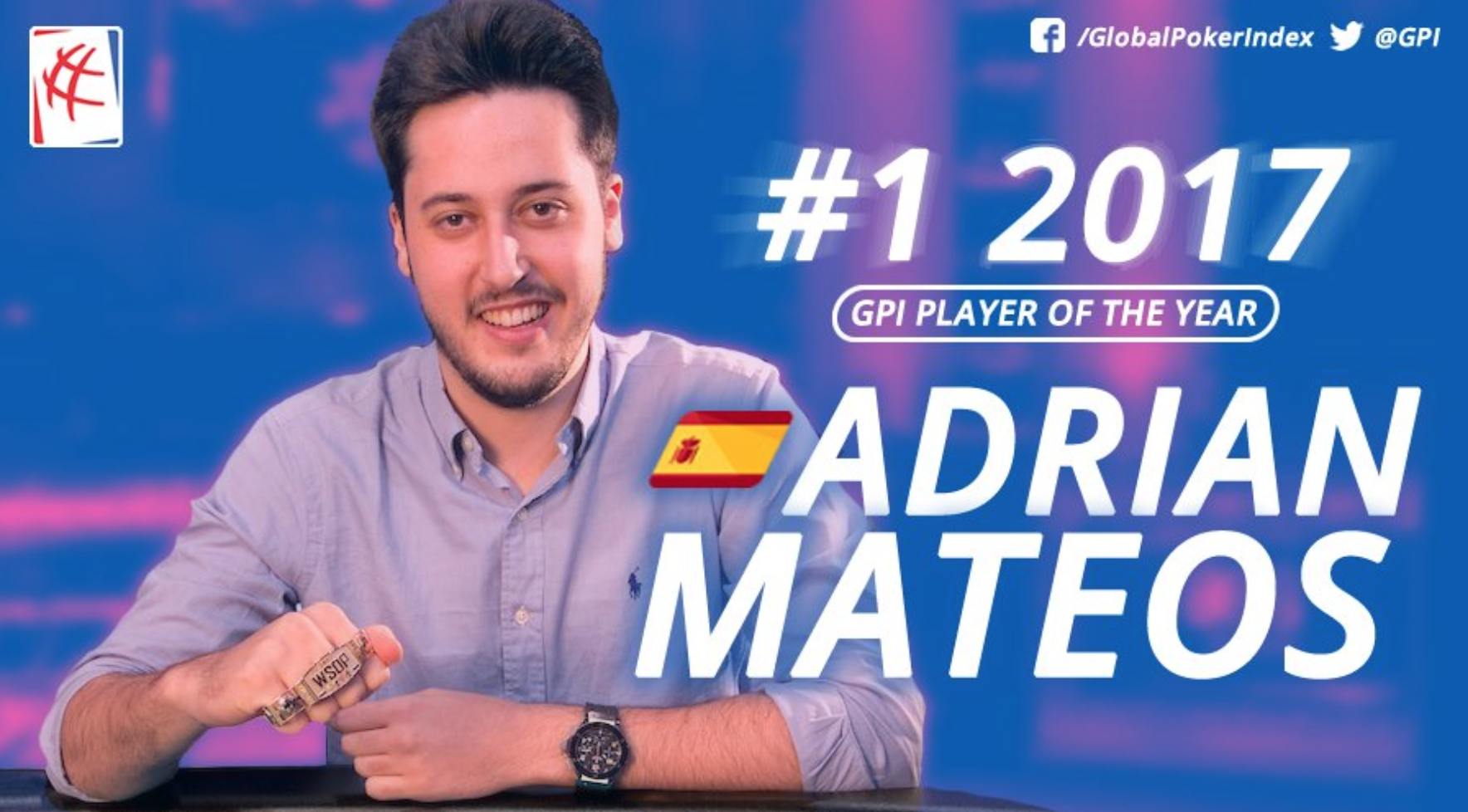 The race came down to the PokerStars Championship Prague in December. Both players attended, seeking precious points.

“For a second straight year the GPI Player of the Year race went down to the final major event of the season,” GPI Head of Poker Content Eric Danis told CardsChat, “this time with Mateos, a multiple-time GPI European Poker Award recipient, edging out Kenney.”

While he cashed several times at the stop, the 23-year-old Mateos, who also won “Spanish Player of the Year” for the fifth consecutive year, benefited most from finishing third in the €50K Super High Roller and fourth in the €25K NLHE 8-Handed, good for 196.18 and 202.17 points, respectively.

“It’s exciting to see the players really wanting to win the title and playing every event possible in Prague,” Danis added. “We’re hoping to see an equally exciting race to the finish in 2018.”

It was also the year that Mateos signed a lucrative deal with Winamax.

As for Kenney, he may have missed out on the 2017 GPI Player of the Year title, but he still earned the distinction of being the year’s winningest tournament poker player, with more than $8.5 million in earnings. That was nearly half a million more than WSOP Main Event champ Scott Blumstein, who banked $8,090,382.

That puts the 31-year-old pro 12th on the all-time poker money list, and third all-time in New York behind Erik Seidel and Scott Seiver.

As the year progressed, he also placed fourth in the Triton Super High Roller Series Paranaque City for $501,525, won the PokerStars Championship Monte Carlo Super High Roller for $1,946,911, and took down an event in the inaugural Poker Masters for $960,000.

That list has lots of talented pros . I am amazed that John Juanda is still competing at such a high level !

Adrian a very talented player , he surely deserve the 1st place there , I remember his Ept monte carlo win and his huge bluff against Johnny Lodden and put his way to victory.