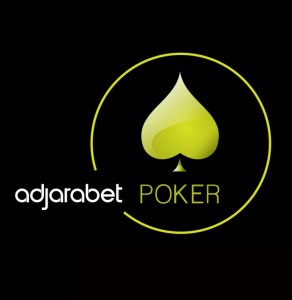 Adjarabet, the online poker and gambling operator based out of Tbilisi, the capital of the Republic of Georgia, has taken third place in the global cash game traffic rankings, according to PokerScout.com.

With an average of 1,800 virtual seats filled, the relatively young online poker purveyor has rushed ahead of Full Tilt, iPoker, and partypoker, and trails only 888 Poker and PokerStars.

The result comes after only thirteen months of Adjarabet being listed in the online cash game traffic rankings, and is largely due to an enticing five-week promotion dubbed PokerMasters that began on Monday, October 13, and saw a 41 percent increase in traffic during its first week.

Adjarabet’s PokerMasters promo offers players a chance to win their share of roughly $314,000 by achieving points based on a list of fourteen tasks, the easiest of which is to “win (or split) any raked hand from the small blind” for ten points per each occurrence.

On the more lucrative end of the to-do list, players can earn 25,000 points unlimited for being “dealt pocket pairs over four consecutive raked hands on the same table.” (Incidentally, if you can calculate the odds of that happening off the top of your head, then you are probably well on your way to becoming a true poker master).

As of this writing, the current frontrunner on the PokerMasters final leaderboard is a player named BR_KILLER who finished in first place during Week 1, and has won over $11,000 so far from the promo alone, not counting any cash game winnings.

While the Adjarabet Poker 3D brand is well-known in Georgia, it is also becoming popular among players from the Ukraine, Russia, Europe, and around the world, thanks to a succession of promos that have helped put the brand on the radar of international cash game enthusiasts.

The company has also resolved some initial security problems with financial transactions, and enabled Skrill to return as a key payment processor. Despite efforts to expand Adjarabet beyond Georgia however, Head of Poker Alastair Ives suggested to PokerFuse recently that the company’s focus on the wants of local customers is important to staying competitive amidst industry leaders such as PokerStars, who may tend to overlook the lower-income niche markets.

Although a downturn in cash game traffic is expected at the end of the PokerMasters run, Adjarabet likely plans to follow up with additional promos to further its poker following in Georgia and beyond. Players have until November 16 at 23:59 to complete tasks and earn points toward the PokerMasters weekly and final leaderboard.