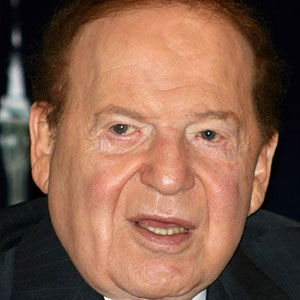 Casino magnate and Las Vegas Sands owner Sheldon Adelson has been on a long campaign to expand his own company while also trying to outlaw online gaming around the world. One of his latest ventures was a proposal to build a massive casino and hotel complex near Madrid, Spain. EuroVegas was to be a massive development that would help the Spanish economy by creating many new jobs and opportunities.

Adelson’s plans did not come without stipulations, though, and the Spanish government decided to push back against some of his demands. Finally, Adelson announced that there was to be no EuroVegas in Spain claiming, “We will no longer pursue the opportunity.”

There were several problems with EuroVegas from the start. One major hurdle was that Madrid residents immediately began protesting the project. This was because Adelson didn’t offer any type of stimulus plan but still demanded the easing of immigration laws, reduction in social security for workers, and a nationwide ban on smoking in public places, including EuroVegas. Residents were also concerned about the possibility that the casino would attract unsavory elements of organized crime and prostitution, and the Spanish government was only considering the changes. The project could have created as many as 250,000 jobs, though most of them were low-paying ones. Still, the 26 percent unemployment rate in Spain spurred the government to consider the $30 billion mega-complex.

Additionally, Adelson wanted changes to the Spanish government’s regulation of online gaming. In fact, he wanted it repealed. The industry is a growing one in Spain and plans to share liquidity with other countries like Italy and France are promising for the online gaming realm. Adelson’s demand came with the argument that online gaming has “no real benefit” and “miniscule” tax revenue for the country, while his project would create more jobs and revenue. But Spanish regulator DGOJ reported that the tax income from online gaming grew 90.9 percent in 2012. Suffice it to say, the government was unwilling to abandon it.

Though Spain rejected Adelson, he has only further increased his campaign to outlaw online gaming, especially in the United States. He has dedicated a website to try and sway public opinion. He is also spending millions of dollars on a lobbying effort to keep the US Congress from legalizing online gaming in any form.

As a result, Adelson is now pursuing land-based casino developments in countries like Japan and China, where online gaming is currently not legalized or regulated. With the Spain project out of the question, he may turn his focus to Asia and attempt to increase the size of his empire with casinos in that region.