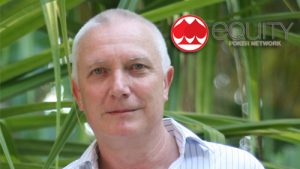 Action Poker has been reacquired by former CEO Clive Archer, and will now align with the Equity Poker Network (Image: CalvinAyre.com)

Action Poker was sold in a deal last week to its former CEO, Clive Archer, and will join the Equity Poker Network. The poker site moves over to the Equity Poker Network (EPN) immediately, with players seeing minor hassle during the move, since Action Poker uses the same core software that EPN uses, which was created by Playsafe Holdings AS in Norway.

The EPN stated in a press release that the transition for remaining Action Poker account holders will be minimal in the interests of continuity of play. Action Poker will be repositioned as a European poker site to compliment EPT’s existing Full Flush Poker brand, which is marketed to North American countries, including the United States.

In a press release, Equity Poker Network admits Action Poker’s missteps in recent history. The company states that they are committed to reviving the Action Poker brand and give it a fresh new look. The site, according to EPN, has already been given a widespread facelift as part of the move. They also were frank in admitting that the Action Poker brand was once respected, but in recent years that brand value has diminished. The group aims to restore Action Poker to previous heights, while creating a sister site to Full Flush.

Action Poker received a lot of negative attention in recent years, as players in 2012 and 2013 were unable to cash out and receive funds for months at a time. During this turmoil, the team rebranded the site as the “Chico Poker Network” and continued operations, with the financial transaction issues in tow. Cashout difficulties ended up being the result of ongoing contractual issues dating back to the sale of Chico Poker Network. Player funds were held up during the contractual legal battle between new and former owners. Players eventually saw their funds released, but the damage to the Action Poker and Chico Poker brands had been done.

About the Equity Poker Network

The Equity Poker Network appears strongly committed to restoring Action Poker as a recognized brand in Europe. Given that the former CEO has reacquired a company he founded, it seems logical that there is significant interest beyond financial reasons to restore Action Poker to its former glory. The site becomes the fifth skin to directly join the EPT; joining Full Flush, Interger Poker, Gear Poker, and Heritage Sports. Another group, 5Dimes, which has five properties of its own, also is in league with the EPT bringing the grand total of skins to ten. The network has a unique approach to their business model, where each skin pays $10,000 per month to participate. This model, referenced as a “shark tax,” is designed to avoid player-poaching skins.

The Equity Poker Network is the 40th-ranked poker network in the world, according to industry analyst website, PokerScout. The network sees a modest 24-hour peak of 256 cash players, with 150 players logged in during a seven-day average. The site typically boasts approximately 600-700 players during US peak hours on weekends. The company hails from Curaçao, and offers uncommon games such as Big2 Poker, Chinese Poker, and Pan. Currently, Action Poker is offering a 150 percent Welcome Bonus promotion where players can get up to $600, in addition to free gifts such as freeroll tournament entries. The site is also offering 20 percent instant cash back for any first deposit over $50.