888poker has strengthened its international team of ambassadors with the addition of Spanish pro Ana Marquez. 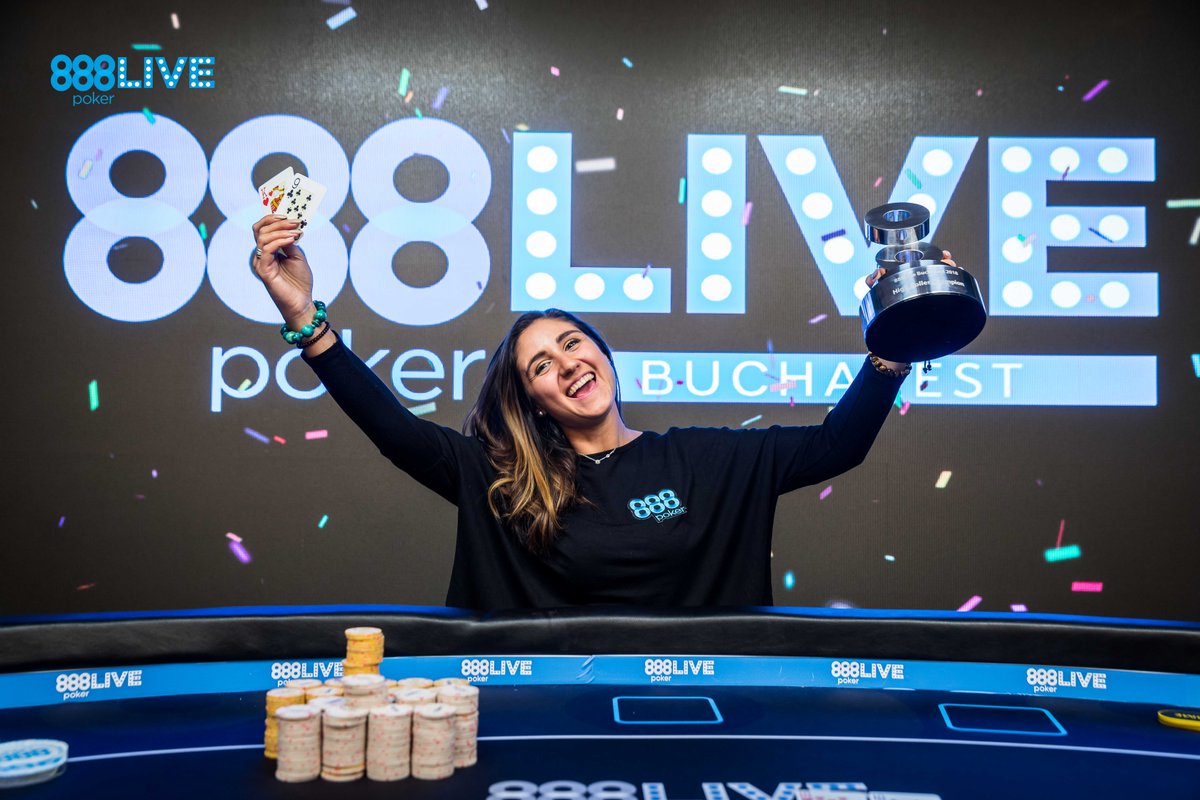 Announced during a July 6 press gathering at the World Series of Poker (WSOP), the signing will not only add another female to 888poker’s team but also a representative in another emerging market.

With Spain now part of Europe’s shared liquidity market, operators are racing to take advantage of the swell of activity.

For 888poker, Marquez will act as a figurehead within the region and the poker community as a whole. After registering her first live tournament score in 2009, the Spaniard signed a sponsorship deal with PokerStars in 2011.

Two years later she was a free agent and continued to notch up results in Europe and the US. Prior to flying to Las Vegas for the WSOP, Marquez took down the €2,200/$2,600 888poker Live Bucharest High Roller for $32,068.

The score appears to have been enough to tip the balance and push the 888poker PR team to recruit Marquez in an official capacity. Discussing her new deal with Pokernews reporter Sarah Herring, Marquez said that the atmosphere within the team was as much as reason to join as the career opportunities.

With another name added to the mix, 888poker now has Ambassadors representing a variety of key countries. Alongside Marquez, Marti Roca and Fernando Pons will be helping to promote online poker in Spain as shared liquidity with France, Italy and Portugal grows.

Sponsored Pros Back in Fashion

Beyond Spain, the UK, Sweden, Brazil, Germany, and Canada are all represented. Interestingly, the latest deal means 888poker now has almost as many female representatives as males.

In recent years, poker sites have tended to lean more towards popular male poker players. However, with the industry diversifying and more women winning titles, 888poker has bolstered its ranks with Sofia Lovgren, Vivian Saliba and Natalie Hof.

Away from the potential upsides for Marquez and her new employer, a recent glut of sponsorship deals is a sign that poker is back on the up. Following nearly a decade of dwindling sponsorship opportunities, some online operators have started to increase the number of pros on their books.

Liquidity sharing in Europe is certainly a reason for the shift, but developments in the US have also been helpful. As well as online poker in New Jersey, Delaware and Nevada, the recent PASPA ruling looks set to help both local and international operators.

What’s more, with the 2018 WSOP Main Event attracting its second highest field ever, the state of the poker economy is looking healthier than it’s been for years. With this being the case, companies such as 888poker are striking while the iron is hot and that means more sponsorship opportunities for the top pros.

Good news, Marquez is a good player and very nice.
Is there one thing I do not understand, because poker rooms do not invest in their software? Instead of hiring pros, because the pokerstars software is three or four times better than the other rooms, not to mention the app.

In Good Time for Márquez, it is good to see that the online poker rooms are still recruiting professionals, this is a sign that online poker is growing more every day,

Success in this new opportunity for Márquez, and that more women come to promote this beautiful discipline of poker both live and online.

Take this opportunity to say that I share the opinion of friend ammje says, and especially this 888poker room should invest some time and money in improving their software