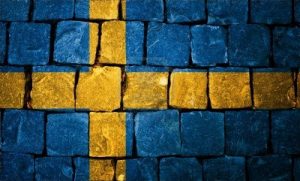 888poker to expand its presence in Sweden by sponsoring the country’s annual online championships. (Image: activistpost.com)

Over the last few years, PokerStars and Full Tilt have worked with the Swedish Poker Federation to help promote and provide satellites for the annual live series. However, following a two-year deal with 888poker, the online portion of the Poker-SM will now have a new home.

“I believe that this is exactly what the Swedish Poker Federation needs, a committed partner that wants to support the online community and grow with it,” said Mauritz Altikardes, CEO of Poker Event, the company behind the Poker-SM.

The Swedish Poker Federation was initially set-up in 2004 as a nonprofit organization tasked with promoting the status of poker in Sweden.

Through membership fees and corporate sponsorship, the organization has helped promote the game across the country and create a number of live and online events.

This year the online portion of the Poker-SM will take place between May 24 and May 30 and host 12 events.

Headlining the festival will be a two-day $160 Main Event which will offer the winner a cash prize as well as free entry into the series’ €750 ($850) live event in Malta.

Beyond its new deal with the Swedish Poker Federation, 888poker has been forging deals across Europe with a variety of established brands.

Back in March, the online poker operator inked a deal with Aspers Casino Stratford in the UK and just last week it announced a partnership with King’s Casino in the Czech Republic.

The deal with King’s Casino is particularly interesting as it’s currently the largest live poker room in Europe and hosts a number of high-profile events, including the German Championships of Poker (GCOP) and the Deutsche Poker Tour (DPT).

Through the new partnership, 888poker will become the headline sponsor of the events and, subsequently, become an even bigger name within the German poker community.

While 888poker has been brokering deals across Europe, the World Poker Tour (WPT) has decided to follow suit and forge partnerships with the biggest poker site in India, Adda52.

Moreover, the online poker site will soon be offering a series of exclusive satellites to WPT events as the company looks to expand its global footprint and help more Indian players break onto the world stage.