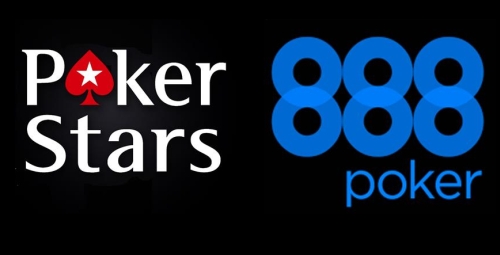 888poker has made an opportunistic move to grab the high-volume, high-stakes players that are currently boycotting PokerStars. (Image: newslocker.com)

888poker, the closest competitor to PokerStars  in the online poker landscape, is delighted that players are currently boycotting its arch-rival.

In fact, to celebrate, it has increased the guarantees on prize pools for many of its scheduled tournaments and slashed the rake on Omaha cash games (200PL and up) from five percent to two-and-a-half percent.

Around 2,500 high-volume and high-stakes players had pledged to join the PokerStars boycott from December 1 – 3 in protest at proposed changes to the player rewards system, and 888’s PLO rake adjustment is designed to appeal to exactly this kind of player.

PokerStars gave little warning when it announced the sweeping changes to the system, which are due to take effect come January 1st. The site said the changes were designed to simplify the rewards program and to benefit the “vast majority” of players through the introduction of a new VIP steps program and the replacement of the variable FFP currency with a constant value, to be known as StarsCoin.

The new system is weighted in favor of recreational players who have abandoned online poker in recent years, and is just one of a number of shifts PokerStars is implementing in an effort to win them back.

Meanwhile, players at the top of the tree will feel the pinch, with current Supernova Elite, Supernova, and Platinum Star players likely to be impacted detrimentally.

While these players represent a small percentage, they are, as high-volume, high-stakes players, PokerStars’ best customers by definition. Thus, many feel betrayed by the site’s new owner Amaya, which, they argue cares only for its bottom line.

They also question whether the changes will be effective and whether the hordes of returning recreational players will ever materialize.

The seeds of discontent were sown among the Russian high-stakes community, which first suggested a boycott, before being taken up by the twoplustwo forums.

“This is a demonstration of force and an effort to show PokerStars that we are a body of players, not just individuals,” Dani “Ansty” Stern, who has become an unofficial spokesperson for the movement, told PocketFives.

“While PokerStars claims the changes are to provide relief to recreational players, there is no such change happening.

“They are telling their players outright lies and we will not stand for it. Beyond that, it follows an ongoing trend that PokerStars/Amaya has been taking in recent years. A site that was once clearly for the players has completely lost sight of that,”he added.

Stern then publicly praised 888poker on Twitter this week.

The boycott began on Tuesday December 1st, and is due to end at midnight tonight. In the meantime, 888poker is doing its utmost to rake in the disgruntled.

After watching Dan Negreanu and you argue about how you guys agree with each other on this topic, I got away with this, SNEs are playing poker to break even and cash in on rewards…

I was disappointed that Negreanu never came out and said that his hall of fame career was successful because he won money at poker not because he was making money with his sponsorship deal with Pokerstars or the Fpps or Vpps he accumulated online.

I don’t buy the loyalty argument. SNEs should not be entitled to rewards simply because they populate a site, that is the equivalent of having shills at the tables and that has always been frowned upon.

As the online game players became more sophisticated, serious issues of legitimacy have surfaced. While you have absolutely no statistics to support your allegations- which is odd coming from a professional poker player, Sites like Pokerstars have access to all the stats from all its clients and, if I am to infer from the upcoming changes that are being proposed, someone, somewhere at Pokerstars, decided that SNEs are a liability to the company, the game and the integrity of all involved.

It is utterly ridiculous to assume that Pokerstars’ only motivation is to squeeze a few millions here and there at the risk of compromising its business model.
It is however, reasonable to foresee that when forty percent of the traffic all but disappears overnight after you burnt five billion dollars, that belt tightening measures will be implemented.

Why SNEs think that they should be excluded from any down turns in the industry is to me, inexplicable and undefendable.

The job of generating action on the sites is that of the online team pros, the players that are paid and have an agreement with Pokerstars.

Even the argument that Daniel brings forward is hollow. The conditions of the industry dictate whether or not an operator can keep its so-called promises.
In my view, Daniel Negreanu took the wrong argument to the wrong battle, at no time did you guys ever address the lost of traffic on all poker sites throughout the industry, a factor that seriously undermined revenues.

For you to assume that the only way Pokerstars is going to listen to you, is by demonstrating a united front as one is, well, a romantic concept where you assumed that no matter what, you deserve to be loved for a price.

That price, Pokerstars obviously seems to think isn’t worth it.

You are operating in a business environment where success is rewarded. Just having a heart beat and a computer makes you luggage in this business model, not an asset.

Pokerstars is not a social program, professional poker was never about breaking even and it certainly wasn’t about being unfairly matched.

Nobody in their right minds could consolidate that logic without assuming that there is something shifty here. When pros come to a table and randomly shove twenty big blinds at amateurs, they aren’t playing odds they are playing bank rolls.
When your bank roll is a hundred times the one of an amateur and you keep crushing, and, you only break even, your not much of a professional poker player in my books.

For a couple of years now many site operators have initiated changes to level the playing field. Party had tables for single table players only. Bodog has gone completely anonymous and stat free, no more huds.
Even FullTilt fought seating scripts softwares by seating players as oppose to letting players choose where they want to sit.

That is hurting FullTilt but yet, the company that owns FullTilt is gradually implementing the changes at Pokerstars and therefore we have to look at why they are willing to risk so much.

I suspect that there is a huge imbalance between the numbers of regs and recs. I wouldn’t be surprised that the stats clearly show that recs are being slaughtered but, what’s most important here from an operator’s point of view, is how do you explain letting that happen, promote the site to entice new customers into a perceived unbalanced environment.

Think about this, for every break even players that crushed recreational players, if Pokerstars is rewarding these poker bullies, and if what you assert is right, in law, that is the same as conspiring to the detriment of unsuspecting victims.

I look forward to the day when the online poker industry entirely segregates multiple table players from single table players. Players should have the option of deciding where and with whom they want to play.

Therefore based on the dynamics of your argument, the industry is definitely bracing for a funeral and, it doesn’t look to me like you are ready for your own demise.

Wish PS would change the dealer software, I’d be back in a flash