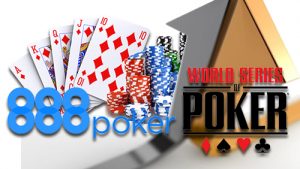 888-WSOP.com gets its nose ahead in New Jersey, prompting fear that PokerStars is failing to expand the market to the degree that had been hoped for. (Image: calvinayre.com)

PokerStars’ market lead in New Jersey was snuffed out by a resurgent 888-WSOP.com over the past week, albeit marginally, as the 888 network’s seven-day cash game average climbed slightly above its formidable competitor.

The surge in traffic into the 888-WSOP.com player pool is likely thanks to WSOP.com’s ability to leverage in its promotional activity the land-based World Series of Poker, currently raging at the Rio in Las Vegas,

As Pokerfuse PRO pointed out today, WSOP.com launched its $1,000 reload bonus last week, which offers a 100 percent deposit bonus of $1,000, which players receive in increments of $10 for every 100 APPs earned; essentially a 20 percent rakeback deal.

That was enough to boost traffic to WSOP.com, which combined its cash game traffic with us.888poker.com in early 2015, by 35 percent.

Since ring games generally equate to an estimated 70 percent of an online poker site’s revenue, industry number crunchers like PokerScout.com generally use cash rather than tournament traffic to measure a site’s market share.

PokerStars swiftly overtook all its competitors in this department within a week of its launch, a status it has maintained ever since, bar this week and a short period in May, when 888-WSOP.com briefly got its nose out in front.

Despite interest fueled by the WSOP, summer is traditionally a low point in terms of traffic for online poker, as players are moved to stagger out of their bedrooms, squinting in the sun, to engage in outdoor pursuits.

Naturally, then, last month dipped on the previous month, as was expected and in line with global trends, but a concern for New Jersey may be that traffic in June only rose, year on year, by 7 percent. That’s in comparison with 2015, a year when PokerStars was merely a glint in the wistful eye of New Jersey Division of Gaming Enforcement director David Rebuck.

Don’t get us wrong, New Jersey’s online poker market has been stronger in 2016 over the previous year. Recent figures published by the regulator showed that online poker revenue for the first six months of the year was up 11.5 percent, year-over year, from $12.32 million to $13.73 million.

But it was hoped that PokerStars, which entered New Jersey in March, would revitalize the market more significantly than it has to date. At least, for the time being, its closest rival is offering healthy competition.

Rebuck recently announced that the DGE had entered into talks to share online poker liquidity with the UK, potentially opening the market up to a huge player pool, but it is unclear how such a system would from a practical point of view, as the UK currently has access to the international player pool.