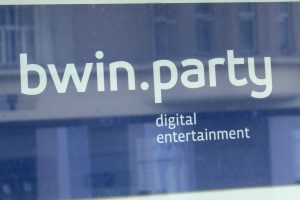 The next seven days will be “pivotal” in the battle for bwin.party, adding that 888 are still in the running.
(Image: Pokerground.com)

888 Holdings leaders met with their bwin.party counterparts over the weekend for one final throw of the dice as they attempted to convince the Bwin.party board to accept their takeover proposal over that of GVC Holdings and Amaya Inc.

Insiders close to the Sunday Times reported that 888 would be unlikely to improve on the $1.4 billion joint GVC / Amaya bid; instead it would focus on “detailing the synergies between the two businesses, particularly the overlap in regulated gambling markets,” The Sunday Times said.

888 and bwin.party both have offices in Gibraltar, Israel and Romania while Bwin’s Foxy Bingo business runs on 888 technology, leading 888 to believe there is “significant industrial logic in a combination of 888 and bwin.party, benefiting both companies and all shareholders and accordingly.”

888 made its move on May 18, with a bid believed to be slightly below the current GVC / Amaya offer, which values bwin.party shares at 110.00.

GVC and Amaya have together created a vehicle for the acquisition that would allow GVC to own the majority of bwin.party, while Amaya would then purchase the poker operations.

Two years later, once GVC had restructured the rest of bwin.party’s assets, it’s believed that Amaya would have the option to buy the sportsbook from GVC.

Last week bwin.party officially confirmed the GVC / Amaya offer, which it said it was considering, and that it could see the “potential benefits” to bwin.party shareholders.

Meanwhile, GVC CEO Kenny Alexander appeared confident when he faced the press, saying that he expected to finalize terms “in the next few days.”

However, according to the Sunday Times sources, the takeover is by no means a done-deal, while one banker suggested that the negotiations were “still a two-horse race . . . neck and neck.” The next seven days would be “pivotal,” said the sources, with further announcements expected this week.

888, which operates the world’s second biggest online poker network, was itself recently the subject of takeover negotiations.

Earlier this year, it reached an “advanced” level of talks with British bookmaking giant William Hill” over a £750 million ($1.47 billion) takeover.

The UK and European gambling industries are going through a period of consolidation as they look to offset the dent in revenues brought on by increasing regulation and taxation.

Late last month it was announced that Ladbrokes and Gala Coral, two of Britain’s largest gambling businesses, had begun negotiations over a possible merger, which, if realized, would create a betting superpower in the UK.