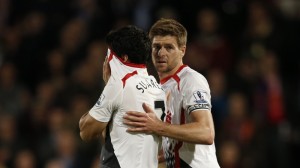 Luis Suarez will be hiding his face for a while in light of a four-month suspension from FIFA. He’ll also be lighter in the wallet as 888poker has fired him as a spokesperson, and now his deal with Adidas is under review. (Image:foxsportsasia.com)

International soccer star Luis Suarez has been officially dumped by 888poker in wake of the controversy surrounding the World Cup incident where he was seen to bite an Italian defender at the World Cup. As covered previously on CardsChat.com News, Suarez was suspended by FIFA following an investigation for nine international matches and from all football for four months. The blow is devastating to Uruguay’s efforts, as Suarez is one of the most talented goal scorers in the world. Now, he’s out of a nice endorsement deal with 888poker, and other corporate entities might follow suit.

Biting the Hand That Fed Him

A statement on the 888poker website regarding the company’s decision to ax Suarez read: “888poker signed Luis Suarez following a fantastic season for which his achievements were widely recognized. Regrettably, following his actions during Uruguay’s World Cup match against Italy on Tuesday, 888poker has decided to terminate its relationship with Luis Suarez with immediate effect.”

The deal with the online poker site was recently inked, only weeks before World Cup 2014 began. As part of the deal, Suarez took on the title of “Worldwide Ambassador” and conducted a photo shoot and filmed several video diaries for the website during his short-lived World Cup participation. There were plans for the player to attend several company events, all of which are now gone.

Getting sacked by 888poker might be just the first of many dominos to fall for the man who is a self-proclaimed poker enthusiast. In the wake of the Suarez’s third suspension in five years, Adidas let it be known last week that they too are reviewing their relationship with the Uruguayan striker, who normally stars with English Premiere League powerhouse, Liverpool.

Adidas is taking the matter so seriously, in fact, that their senior leadership has purportedly been engaged in rounds of emergency meetings to decide their position on the matter. Currently, the popular apparel and athletic gear company has dropped Suarez from all commercial activities for the remainder of the World Cup. When the tournament ends, his agents will be meeting with Adidas to decide his future.

Ever since the international firestorm captivated the world, people have been calling for all sponsors to terminate their relationship with the player, given his record of misconduct. Adidas made the following statement about the matter:

“Adidas fully supports FIFA’s decision. Adidas certainly does not condone Luis Suarez’s recent behaviour and we will again be reminding him of the high standards we expect from our players. We have no plan to use Suarez for any additional marketing activities during the 2014 FIFA World Cup. We will discuss all aspects of our future partnership directly with Suarez and his team following the World Cup.”

It should be noted that Adidas and FIFA have had a business relationship dating back to 1970. Just last year a new deal was struck to extend that alliance through 2030. Many are now speculating that Adidas is under intense pressure from FIFA to take action. Other sponsors are also under similar scrutiny to take action, including Liverpool’s major sponsor, Standard Chartered.

The 27-year-old star has had his run-ins with FIFA before. Just last year he was banned 10 games from league competition for biting Chelsea defender Branislav Ivanovic. Back in 2010, he was suspended seven games while playing with Ajax when he bit Otman Bakkal during a match. In 2011, he was suspended for eight games and fined approximately $68,000 USD for racially abusing a Manchester United player. Now, he’s been kicked out of the World Cup, suspended from all soccer activities for four months, and been fined 100,000 Swiss Francs (approximately $112,243 UDS).