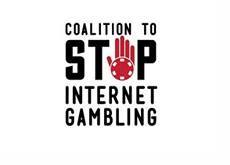 The Coalition to Stop Internet Gambling’s poll states that 54 percent of Pennsylvanians said that they were “more likely” to vote against a politician who supported online gambling.
(Image: AP Image)

The study was commissioned by CSIG and conducted by “robo-polling” company Harper Polling, which uses automated calls and campaigns exclusively for Republican interests.

Harper Polling also found that 68 percent of respondents believed that online gambling is “completely different” from brick ‘n’ mortar gambling, while 54 percent said that they were “more likely” to vote against a politician who supported online gambling.

“In today’s polarized political climate,” trumpets CSIG on its website, “three-quarters of people rarely agree on anything, but on internet gambling, the Commonwealth’s voters felt strongly and are united. They are deeply opposed to legalizing internet gambling.”

The publication of the poll’s findings is well-timed from CSIG’s point of view, as legislation to regulate online poker and casino games is gathering pace in the legislature, with Pennsylvania superseding California as the state most likely to legalize internet gambling next.

Three bills aiming to create a framework for regulation have been presented so far this legislative session, one of which, State Representative John Payne’s House Bill 649 (HB 649), had a hearing earlier this month and was well-received.

Also in April, the House Gaming Oversight Committee, of which Payne is chairman, comfortably passed a resolution urging the state’s delegates in Washington to defeat the Restoration of America’s Wire Act (RAWA), a bill that would prohibit online gaming on a federal level.

Observers, however, have good reason to be circumspect about the methodology used by the pollsters. First, the amount of respondents in the survey, just 513, represents a pitifully small sample size of a state of 12.79 million people. The results, then, can by no means be said to be “clear,” as asserted by Harper Polling.

Second, Harper fails to publish the exact language with which each question was framed, making it impossible to know whether respondents were asked leading or balanced questions. The accurate publication of the actual questions posed should be standard practice and their omission arouses suspicion.

The poll’s findings, however, are not beyond the realms of possibility. In late 2013 a poll conducted by Quinnipiac Poll concluded that Pennsylvanians were broadly against the legalization of online gambling.

While most supported legalized land-based gaming, by a 55 percent to 37 percent margin, 62 percent said they wouldn’t support online gambling because they were concerned that it would “lead to more addiction.”

PA already has and was one of the first states if not the first state to have online gambling on horse races. It has been fully lawful since the internet as a medium first became practical-and note zero of the social ills that have been frequently cited have occurred.

513 responses IS an adequate amount if the sample was set up correctly. There is no indication that this was done, however. I have doubts about many other aspects of the survey (and this is something I used to do for a living, so it’s not just a “hunch”). I’d love to see the entire questionnaire and more about how respondents were selected (they claim respondents are registered voters, but was the sample from registration lists, or did respondents “self-select” [answered a question – did you vote in the last election] – this makes a BIG difference).