As a woman who plays poker, one of the things that drive me crazy is the presumed predictability – basically, the expectation that I’ll be playing a passively straightforward game. The assumption that I’m not going to make any moves. The “knowing” how I’m going to play (raise Ace-King and limp everything else). What’s shocking to me is to have spent hours at poker tables, but knowing that no matter what I do, the stereotypes won’t budge. 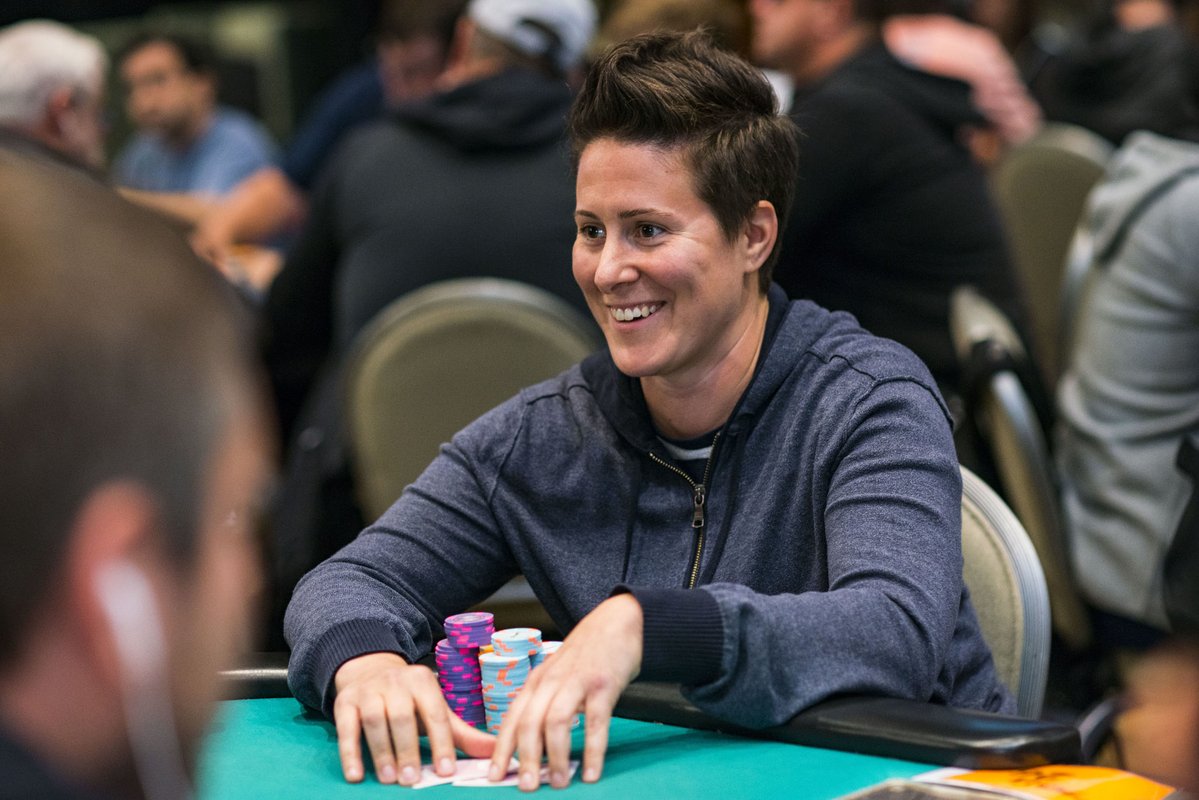 Anyone who believes women aren’t capable of making moves at the poker table has never sat across from Vanessa Selbst or otherthe top female players in the game. (Image: WPT)

One of the hands I think back and smile upon was a sizable pot I lost playing $5/5 NL Hold’em at Hollywood Park in Los Angeles. I shoved all-in on a big bluff and the guy called, saying, “Take this as a compliment – I’m calling because I think you’re capable of bluffing.” I lost the pot but smiled. It was validating being treated as a “player.” He could tell I could make moves, and that was enough of a win for me.

(To be fair to the guys that stereotype every woman they play against as Miss Straightforward, there is evidence that women bluff less frequently than men. So I see their point. I just wish that people were more willing to alter their perspective when faced with new data.)

It is in this spirit that we’ve chosen a few hands to highlight where women made unconventional plays and did the unexpected. Just like in my situation, they didn’t all work out, but that’s not the point. These women kept their opponents on their toes and did anything but play their hands face-up.

The PokerGuys do a great analysis of whether or not she should have called with queen high, but when I watched this hand, I did think it was missing a discussion of gender. Since men are more likely to target women for bluffs – there is actually data that people will even bluff online poker female avatars more frequently. Lampropolous was probably more likely to think she was getting bluffed than might a male player in her shoes (with good reason). Given her image, it may be more correct to call here than if she was seen as a call-happy, 21-year-old bro, in which case, peoples’ bluff frequency will generally be lower.

In truth, it was hard to pick just one light five-bet spot from Liv Boeree. She’s even made these moves with hands like Jack-3, and she’s clearly no stranger to a squeeze play. In this you-know-what-I-know-what-you-know-that-I-know hand, the button and small blind get into a raising war with junky cards. But Boeree goes the distance. Even after facing a four-bet, she keeps the pressure on by five-betting seven-four offsuit, and the pot is hers.

At first, this may look like a punt – and in some ways, it is. Selbst was clearly beat and it was unlikely her opponent was folding. Yes, she was lighting chips on fire, but she’s also playing the long game because now, everyone knows what she’s capable of. Selbst has spoken about casually inserting the word “bluff” into her table talk just to get it into her opponents’ heads that she may bluff them, and has spoken about choosing one junky hand to call three-bets with so your three-bets calls consist of more than solely jacks and 10s. Cumulatively, it’s clear that Selbst’s number one long-term priority is keeping her opponents guessing. This shove may have cost her chips in the short run, but it may be a winning play doing this on television to advertise a wild image, and then get paid off bigger next time.