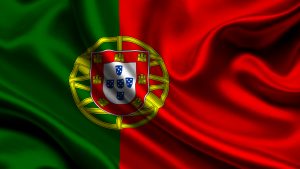 Has someone blundered? The new Portuguese licensing regime seems intent on shooting itself in the foot. (Image: worldwidegroup.eu)

Portugal’s online poker and gambling reforms appear to be taking one step forward and two steps back at every possible opportunity.

So far, so good, but then came the bombshell. The new regime will be unable to host networks because laws only permit consumer licenses and not business-to-business licenses. Presumably this means that the newly merged PokerStars and FullTilt would be fine because Amaya would ultimately hold the license to operate its two brands, but not so the iPoker Network, for example, because there is no scope for one operator to be licensed for the provision of a software platform to other operators.

According to ANaon, the regulator is aware that this situation is not ideal and that it may stymie the growth of the market, but it has no power to issue B2B licenses until the law is changed. SRIJ promised that the regulations would be revised at a mandatory review which will take place in two years’ time. Until then, nothing can be done.

However, with the tax on operators set at between 15 percent and 30 percent of gross gaming revenue, depending on annual income, lawmakers have made the market as unattractive as possible, and one that’s unlikely to be able to compete successfully with the unlicensed market.

Several major operators, including William Hill, Ladbrokes and PokerStars have announced they will not be engaging with the market, which is a concern for Portugal because, as hinted above, PokerStars might be the only online poker site with the necessary scope as a non-network to make it work.

The market is currently closed during the ongoing license application process. SRIJ said it expects the first licenses to be issued in June.