2022 WSOP: New E-Book Provides a Guide to Healthy Eating at the Series

The 2022 World Series of Poker is just around the corner, and there will be a number of changes given the move from the Rio to the Bally’s and Paris Casinos. Notably, with the WSOP’s move to the Strip, players will have a whole new array of food options to try out before each day’s play starts and on dinner breaks, so nutritional coach and poker player TJ Jurkiewicz decided to help his fellow players out. 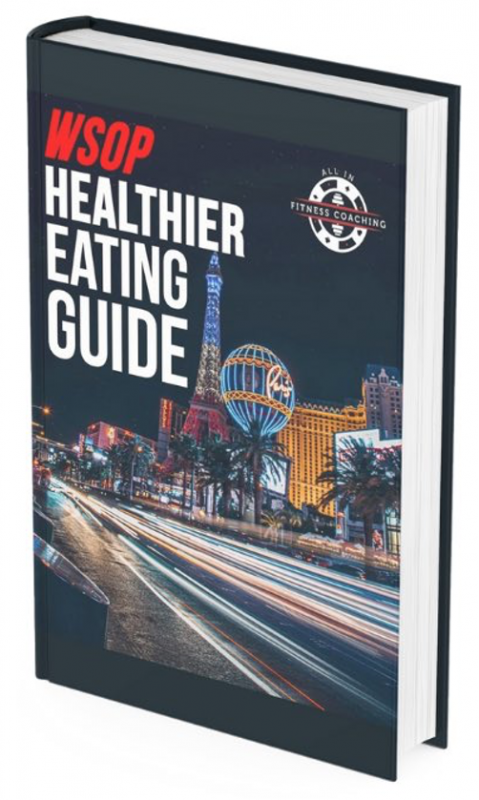 Jurkiewicz researched all of the casinos within walking distance to Bally’s and Paris, scouring their various menus for calorie counts, nutritional facts, and healthier alternatives, and put together a free 68-page guide to help players eat healthily. The guide recommends healthier food items from nearly 50 different restaurants.

“I just wanted people to have a guide in order to make overall better decisions than they have made at past WSOP’s,” Jurkiewicz told CardsChat. “I figured with the WSOP moving onto the Strip, I could put a guide together of the places where players could fuel themselves with foods that didn’t make them feel like trash when they got back to the table from break.”

Misconceptions about healthy eating at the WSOP

In the guide, Jurkiewicz discusses what he believes is a basic misunderstanding about eating healthy during the WSOP: the nutritional coach says that the summer months during the WSOP are not the time to focus on losing weight. Rather, he recommends fueling the body to prepare for the long, draining hours of the WSOP, both physically and mentally.

“We should be eating the amount of food that our body needs to operate at its most efficient, which is usually going to be our body’s maintenance level of calories,” said Jurkiewicz. “This number is different for everyone but to put it simply, it’s the amount of calories that your body needs to function optimally without gaining or losing weight.”

For Jurkiewicz, a protein-heavy diet is one of the main keys to maintaining the energy levels needed for the long, grueling hours of the WSOP. He also stresses that it’s important to not overload on bad food, as that can have the opposite effect.

“I want to focus on people ordering more nutrient-dense meals, with protein being the main focus of the meal. Protein is the most satiating macronutrient so it’s also going to make you feel fuller for longer periods of time,” says Jurkiewicz. “You also don’t want to be overloading your digestive system and holding your stomach in pain after a meal filled mainly with garbage (lots of starchy carbs, sugars, syrups).”

He also emphasized that every person is different and that not all food diet choices are going to work across the board. Jurkiewicz says it’s important to run a “trial by error system” in order to figure out what is best suited for you. Keeping tabs on which restaurant items affect you a certain way will help players develop a consistent plan to keep their bodies running at an optimal level.

“I recommend to my clients that they keep a food journal and about an hour after each meal, write down how you feel internally. Are you stuffed? Do you feel light and energetic? That way, we have feedback on foods to avoid and which to gravitate toward,” he said. 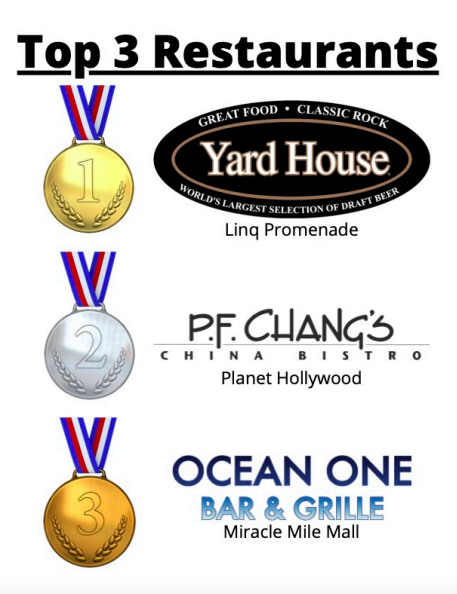 Jurkiewicz’s guide includes a medal system ranking the healthiest food options close to the WSOP. These are the top three choices. (Image: allfitnesscoaching.com)

For the past decade or so, healthy eating at the WSOP has been synonymous with “All American” Dave Swanson, who ran a popular food truck behind the Rio that was known for its healthy meal plans and smoothies.

However, this year’s change in venue led to Swanson not being able to arrange a deal for his food service, which he announced to some controversy on Twitter. While Jurkiewicz didn’t comment on All American Dave specifically, he did admit that the massive hole left by the loss of Swanson’s food truck was one of the main reasons he put the guide together.

“Hopefully this guide will help people quickly identify which restaurants they will go to on their breaks and enables them to make better ordering decisions while eating out, especially when they have to come back from break and continue playing poker.”

Jurkiewicz insists he’s not looking to make money off of the guide and has no financial interest in promoting the highlighted restaurants, but says people who want to support his efforts can make donations through his Twitter account, and that all proceeds will go toward prizes to be given out in his Facebook group.

Not necessary. If you insist, I have a tip thing on my Twitter profile linked to my CashApp.

Any donations I get will be 100% redistributed as prizes given away inside of my Facebook group.

Thank you for the support ! https://t.co/DlZekJjiSn

A player himself, Jurkiewicz has just over $100K in live tournament earnings, with his biggest cash coming when he final-tabled the WSOP tag-team event in 2019, finishing in fourth place. The nutrition coach got his certification through Precision Nutrition and he runs a company called All in Fitness Coaching. The company’s website chronicles Jurkiewicz’s weight loss journey in 2021 and allows visitors to sign up for one-on-one fitness coaching and meal planning sessions.