At long last, COVID-19 has forced the postponement of the 2020 World Series of Poker. The 51st annual summer poker series will not take place as scheduled, which is probably not a shock to most poker fans. No official reschedule date has been announced, but plans for a fall series are in the works. Much of that planning, however, will depend on the status of the coronavirus pandemic a few months from now. 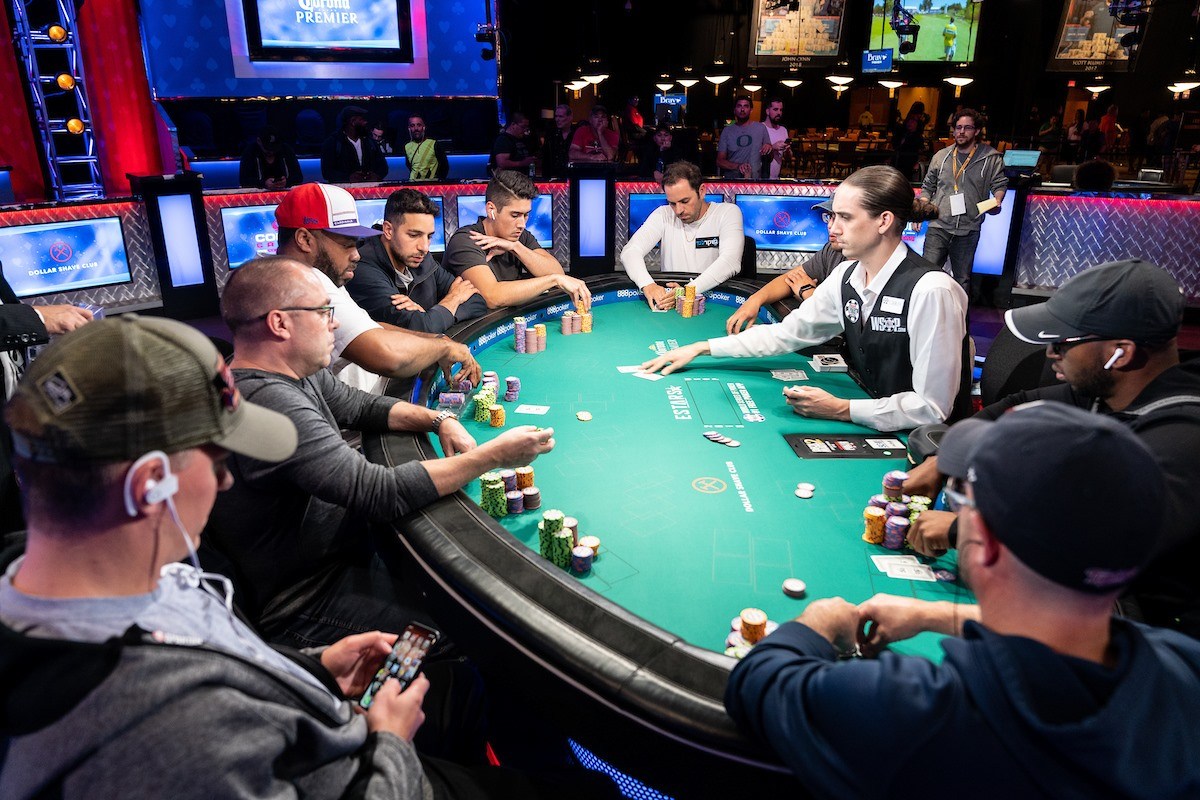 You won’t see any final tables like this one over the summer because the 2020 WSOP is officially canceled. (Image: CardsChat News)

Most players anticipated that the upcoming World Series of Poker would be canceled. The coronavirus pandemic has infected more than 785,000 Americans, including 3,800 people in Nevada. More than 42,000 people in the US have died as a result of complications from the virus.

With social distancing measures in place, and most of the world’s sporting events canceled, it was only a matter of time before the 2020 WSOP would be called off. But the good news is, the move doesn’t necessarily mean Caesars won’t hold the most-popular annual poker series in the world this year. It just means summer camp might become fall camp.

While the summer may be the ideal time for most recreational players to congregate in Las Vegas — especially those with families and jobs outside of poker — there are too many health safety concerns currently associated with hosting an event that draws massive gatherings, as does the World Series of Poker. Hence, organizers are looking to move the 2020 WSOP to a later date.

Ty Stewart, Executive Director of the World Series of Poker, said some events will still take place this summer, despite the overall cancellation.

“We are committed to running the World Series of Poker this year, but need additional time to proceed on our traditional scale while prioritizing guest and staff well-being,” Stewart said in a press release. “In the interim, official WSOP competitions are expected to be played online this summer, and we will soon announce details of an expanded series of tournaments to be played on WSOP.com and through partnership with international operators, which will allow players to chase WSOP glory from their homes.”

The 2020 WSOP, which was scheduled to begin May 27 at the Rio All-Suites Hotel and Casino in Las Vegas, already had 14 online bracelet events planned. According to Stewart, those events will remain in place, but players must compete in those tournaments from within the Nevada, New Jersey, or Delaware state boundaries.

The new 2020 WSOP schedule, should COVID-19 cooperate, will look different than its original version. According to the press release, organizers anticipate some event changes. But the $10,000 Main Event is expected to remain in place just at a later date, meaning we could have a return of the November Nine.

With the series potentially moving to the fall, 2020 WSOP planners have some new challenges. Many of the players each year are recreational and have families and children. It’s much easier for some recreational players to travel during the summer months.

Organizers will take that into consideration when determining which events to schedule. For example, the $500 Big 50 drew more than 28,000 players last year. Many of those entries were recreational players — Average Joe’s, if you will — not the pros.

There may be some benefits to hosting the series in the fall, however. First off, summer temps exceed 100 degrees nearly every day in Las Vegas, whereas in the fall, they can dip down into the 70s. Also, with the NFL season beginning in September — or, at least we hope — many of those sports bettors already in town to bet on the football games may head over to the Rio to play some cards.

We’ll keep you updated when the WSOP announces official dates and events for the proposed fall series. Although given the unpredictability of the global health pandemic, there are no guarantees a fall series will even be possible.

It is a pity that the Event is postponed. but for a bigger reason it is better to postpone even this epedemia is contained so as not to cause yet more contagion.