The Los Angeles Times reports that next month’s 2020 NFL Draft is moving from Las Vegas to a TV studio setting due to the coronavirus. Sin City was expected to have 700,000 people in attendance, but with social distancing guidelines in place, that no longer appears feasible. 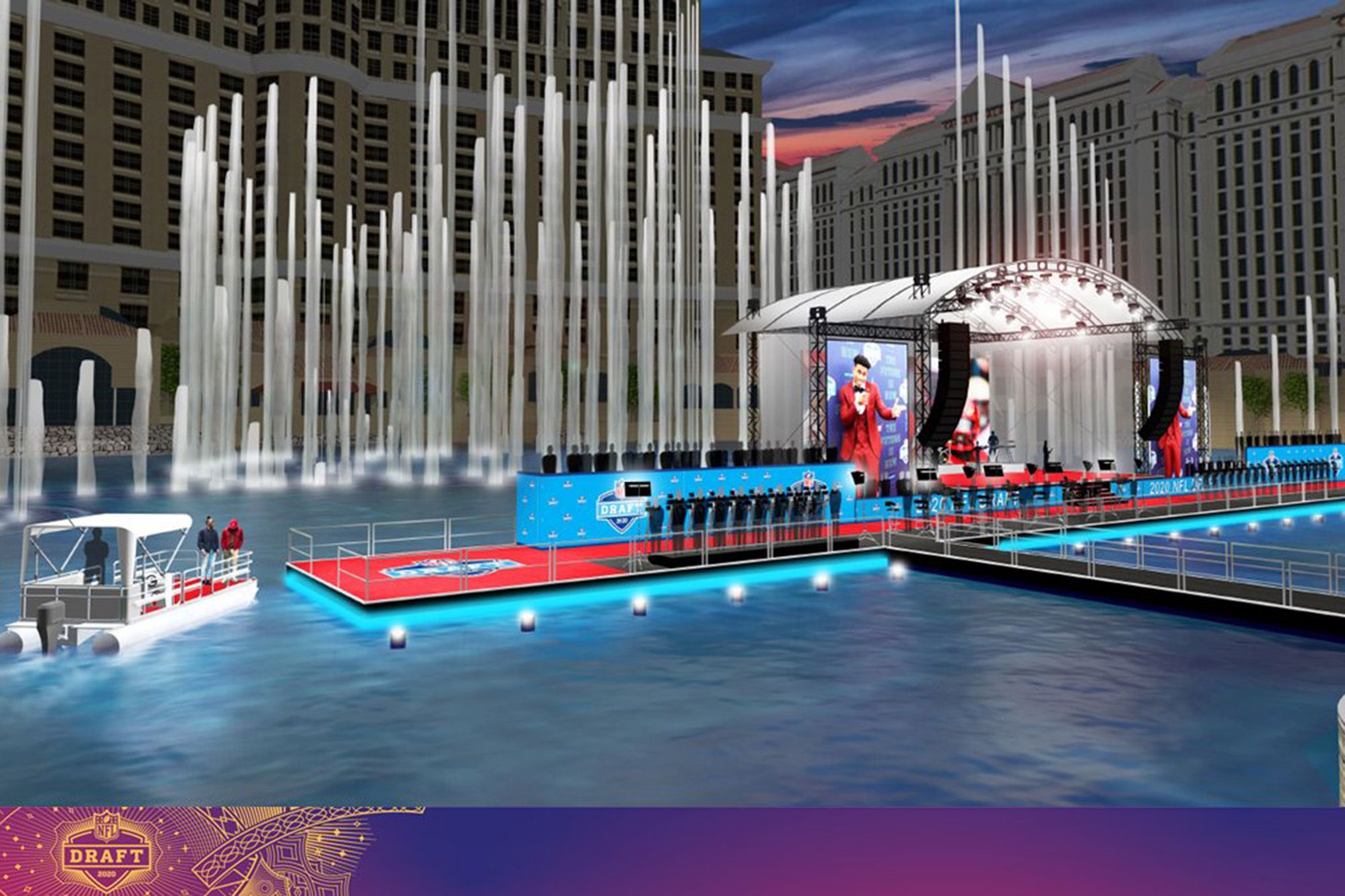 The 2020 NFL Draft would have been a smashing hit in Las Vegas. What a bummer. (Image: ESPN)

Las Vegas is now home to a pro football franchise for the first time. The Oakland Raiders — now Las Vegas Raiders — moved south to the dessert following the 2019 season. Raiders games will be played at the brand-new, $2 billion, state-of-the-art Allegiant Stadium right behind the Strip.

The NFL attempted to give Las Vegas a boost in promoting its new team but, like with so many events around the world, coronavirus changed those plans.

The NFL Draft, a seven-round event where teams select former college stars to join the professional ranks. was hosted in New York City from 1965-2014. Since then, it’s been held in a different city each year, with Las Vegas scheduled to host next month.

This year’s event, to be held April 23-25, would have brought hundreds of thousands of fans to Vegas. But, according to the Los Angeles Times, the 2020 NFL Draft will instead take place in a studio setting.

The NFL has yet to publicly confirm the change, but the LA Times claims to have two sources with knowledge of the discussions.

Part of the excitement of the NFL Draft is the large crowds it always attracts. Without the cheers and boos coming from the fans in attendance, it may not have the same appeal to television viewers. Imagine the WSOP Main Event final table without the raucous rails.

The coronavirus pandemic is certainly affecting most cities around the world, but Las Vegas stands to be particularly hard hit. Sin City is a tourist hotbed, and without tourism, hundreds of thousands of residents are without work, putting the city’s tourism-driven economy at significant risk.

Losing the NFL Draft — and the hundreds of thousands of people coming to town for it — is a crushing loss for the city.

Every casino in Nevada has been shut down, even the Mom-and-Pop, dive-bar video poker lounges. And there’s no way to know when they’ll reopen. That all depends on how long it takes for the current global health crisis to calm. At this point, it’s anyone’s guess.

With the NFL Draft out and the casinos shut down, Las Vegas is in deep trouble financially. It could take years for the city to recover.