If you wagered on the 2019 WSOP Main Event becoming the largest ever, you lost – it’s the second largest. But the poker community as a whole still won considering the results indicate the game is yet again on the rise. 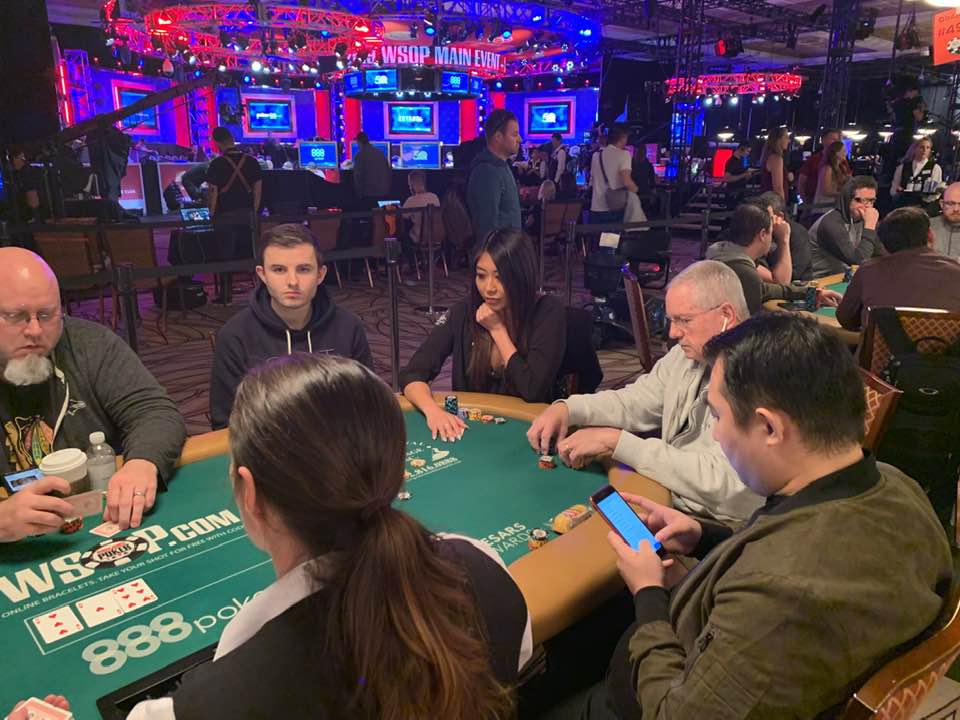 Big stars like Maria Ho packed the Rio on Day 1 and 2 of the 2019 WSOP Main Event. (Image: CardsChat News)

Jamie Gold can still stake his claim as the champion of the biggest Main Event field ever. He outlasted 8,773 players in 2006 to win $12 million. That record still stands but this year’s world championship event came close to topping it with 8,569 entries, creating a prize pool of $80,548,600, with $10 million to the winner.

Ricky Bobby, a character played by Will Ferrell in the movie “Talladega Nights,” claimed that, “if you ain’t first, you’re last.” That may be true for a competitive race car driver, but not when it comes to the 2019 WSOP Main Event.

Last year’s world championship of poker had an impressive 7,874 entries, which was previously good for second all-time in the tournament’s 50-year history. The poker community was stoked with the turnout as it showed that poker had clearly recovered from the 2011 Black Friday online poker scandal.

With another nine percent increase in attendance this year compared to 2018, some might be wondering if we’re in the midst of another poker boom era and don’t even realize it.

The World Series of Poker Main Event is the most prestigious tournament in the world each year. Poker’s overall popularity in any given year is partially reflected in the Main Event turnout. In 2006, which saw the biggest Main Event field ever, Nevada’s monthly poker revenue averaged just under $14 million, still the most in history.

It’s About More than Just Numbers

We can talk all day about how having a huge WSOP Main Event field is great for poker. But equally important is the excitement of the event. And we’ve seen quite an entertaining tournament through Day Two.

Phil Ivey flamed out in just an hour on Day One after risking his entire tournament life on a race. Two players were disqualified within a few hours also on Day One. One of those individuals, an unidentified man, stood up from his seat after moving all-in and then proceeded to drop his shorts, exposing his genitals to the table. He then threw a shoe at the dealer for good measure.

“Magic” John Cynn, the defending champ, got the party started on Day 1A by announcing “shuffle up and deal.” Afterwards, he acted like a true champion when he stuck around for 15 minutes to sign dozens of autographs and smile for selfies with fans.

Phil Hellmuth late registered and didn’t arrive until an hour into Day Two on Sunday. He quickly bluffed off most of his stack before being eliminated a couple of hours later. And we’re just tipping the iceberg of the exciting moments thus far in the 2019 WSOP Main Event.

The game of poker is in good shape.

There are some great news!
Sad that i’m not gona ship it but… next time I guess LUL
Its good to read positive news about poker, with constant bombardment about bots/tough games/pros selling 75% and so on so YAY + maybe this will promote US to comming back “online” 😉

It is always great for poker when the biggest and most prestigious tournament of the calendar does so well. One day I will get there and play this tournament but for now I will watch and cheer on our forum members like Evan and Jacki who are in it.