The first half of the 2018 WSOP has been predictably exciting. Poker media honored Doyle Brunson, who said he was retiring before clarifying that he’s only kinda-sorta retiring, Phil Hellmuth ruffled some feathers by charging investors a high markup. 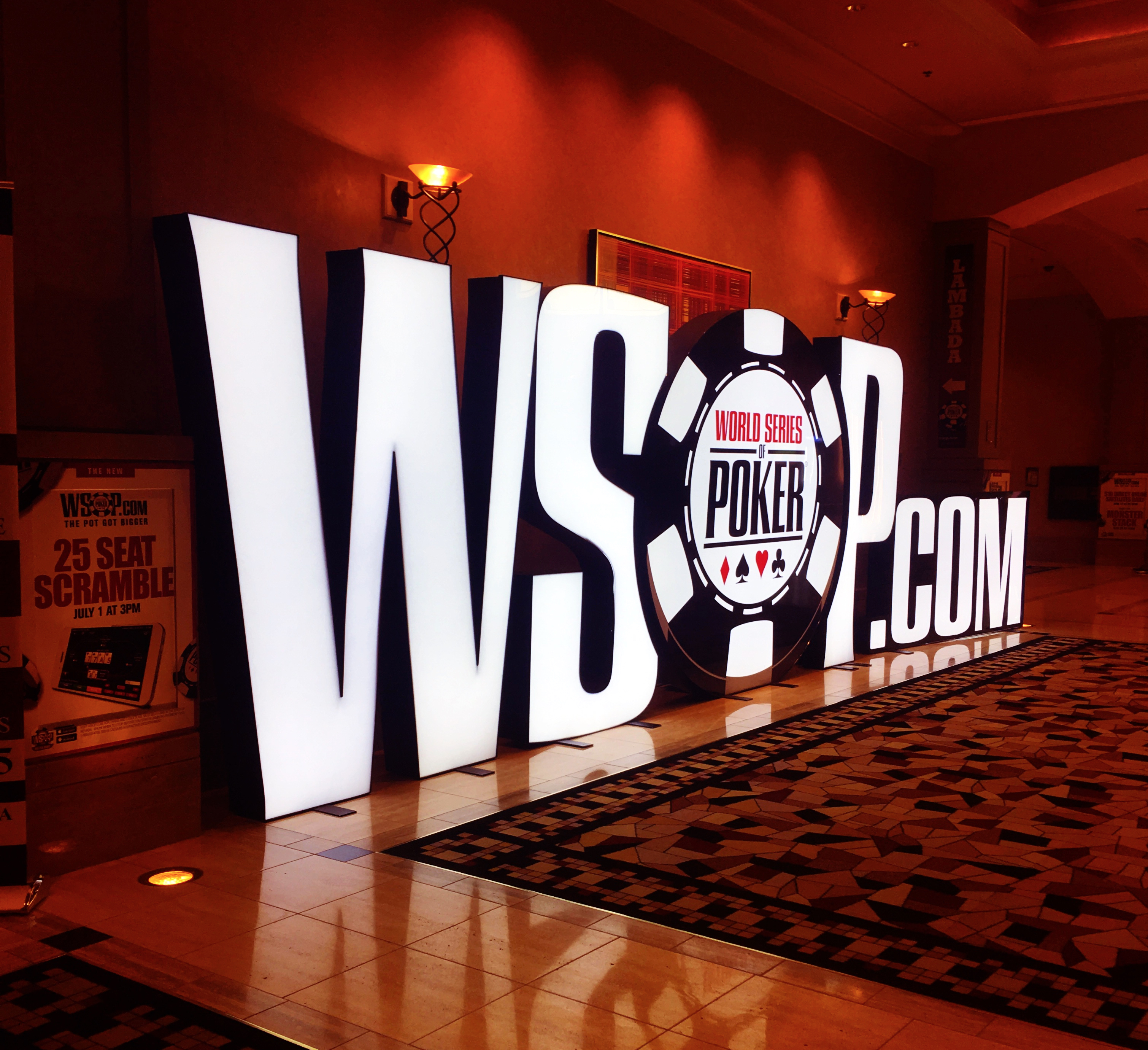 The lights are on at the World Series of Poker, where tens of thousands of players have descended in pursuit of bracelet glory.(Image: CardsChat News)

Then, the Colossus had a record low turnout, Doug Polk decided trolling is more fun than playing poker, and literally anyone with a bankroll and free time to play poker tournaments is still in the running for Player of the Year.

Who Will Replace Chris Ferguson? 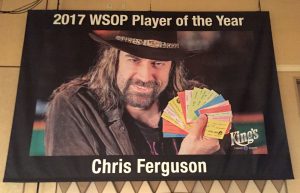 Chris Ferguson’s Player of the Year banner hangs in the Brasilia room, leering over WSOP competitors who might want the 2018 title. (Image: CardsChat News)

That’s right, if you have the available cash and time, you still have a chance to become the 2018 WSOP POY. The race is anyone’s game as Elio Fox, the current leader, is merely keeping the 1st place seat warm for another day.

Fox opened the series with a win in Event #2, $10,000 No-Limit Hold’em Super Turbo Bounty. He then had another golden opportunity to win a bracelet days later in Event #5, $100,000 No-Limit Hold’em High Roller, but opted to chop the tournament with eventual champion Nick Petrangelo instead of taking their heads-up match seriously, and it cost him 600 POY points, which he clearly doesn’t care about.

Instead, Fox has 2,010 points, less than 300 more than 2nd place John Hennigan, who is guaranteed to overtake him on Tuesday. “Johnny World” is at the final table of the Poker Players Championship and will receive between 460 and 1,315 points, depending on his finish.

If Hennigan wins the bracelet, which would be his second of the summer, he will have a significant but not insurmountable lead in the POY race. With any other finish, the race will remain tight enough that virtually anyone with plans to grind WSOP tournaments the next few weeks has a shot at becoming the 2018 Player of the Year.

Will We Ever See Doyle at the WSOP Again? 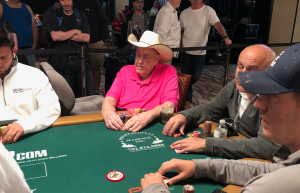 Doyle Brunson made headlines for his 7th place finish in the $10,000 2-7 No-Limit Lowball Draw Championship days after tweet-announcing his retirement. (Image: CardsChat News)

Perhaps, the most memorable moment during the first few weeks of the WSOP was Doyle Brunson’s 7th place finish in the $10,000 2-7 no-limit lowball draw event. Prior to late registering, he teased on Twitter that it would be his last tournament ever, and then later said he planned to retire from poker altogether at the end of the month to spend time at home with his sick wife of 57 years, Louise.

The media, which even included mainstream non-poker outlets ESPN and USA Today, gave Doyle a heartfelt sendoff before we all discovered he isn’t technically retiring and probably just won’t play any WSOP events again. No one really knows what his future plans are on and off the felt. Perhaps, even he doesn’t know. What we do know is he hasn’t played his final game of poker.

The good news is it doesn’t appear that attendance in most other tournaments has slipped much, if at all, from the past couple of years. And, in some cases such as the $10,000 HORSE Championship that increased from 150 to 166 entries, attendance has been up.

A couple of other large-field events, however, saw a slight drop in entries. The $1,500 Millionaire Maker had an impressive 7,361 entries, but it was a 5.2 percent decline compared to 2017. Likewise, the $2,620 Marathon’s 1,637 participants were 7 percent less than a year ago in the same event. 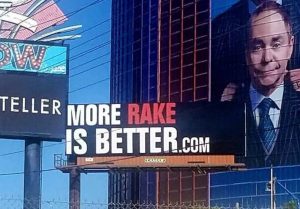 This billboard may or may not bother Daniel Negreanu. (Image: Pam Maldenado/Twitter)


Doug Polk hasn’t played a single WSOP event this summer and only plans on entering the Main Event, but he’s still made headlines at the series thanks to his trolling efforts.

Polk purchased a billboard overlooking the Rio that reads, “MoreRakeIsBetter.com.” That website was created to mock Daniel Negreanu, whom he’s had a beef with for over two years.

In a 2016 interview, Negreanu, the face of PokerStars, suggested that increased rake on PokerStars is better for recreational players because it will scare away the pros. Polk has long mocked that comment and, after purchasing the billboard, he’s made it quite clear he doesn’t have plans to let bygones be bygones any time soon.

Many pros in today’s game don’t respect Hellmuth’s game. Some consider his poker strategy as outdated and, given that he hasn’t won a major tournament the $10,000 Razz Championship at the WSOP in 2015, it’s hard to disagree.

Still, the Poker Brat remains overly confident in his game and has charged investors on YouStake between 50 and 80 percent markup on his action. That decision has been heavily criticized by many poker players. Scott Seiver said Hellmuth should be “embarrassed to hustle people” out of their investments.

Hellmuth isn’t off to a strong start this summer, only having cashed in two event for a total of $11,500, well below the cost of his buy-ins, and that doesn’t even include the $300,000 he lost in late May in the Super High Roller Bowl.

The good news for Hellmuth’s backers is there’s still plenty of time for the 14-time bracelet winner to turn it around.