In front of a worldwide ESPN audience, two players saw their dream of winning poker’s most prestigious title come to an end on Thursday night, as the final nine players of a 7,221-player field in the 2017 World Series of Poker Main Event returned to the Rio in Las Vegas. 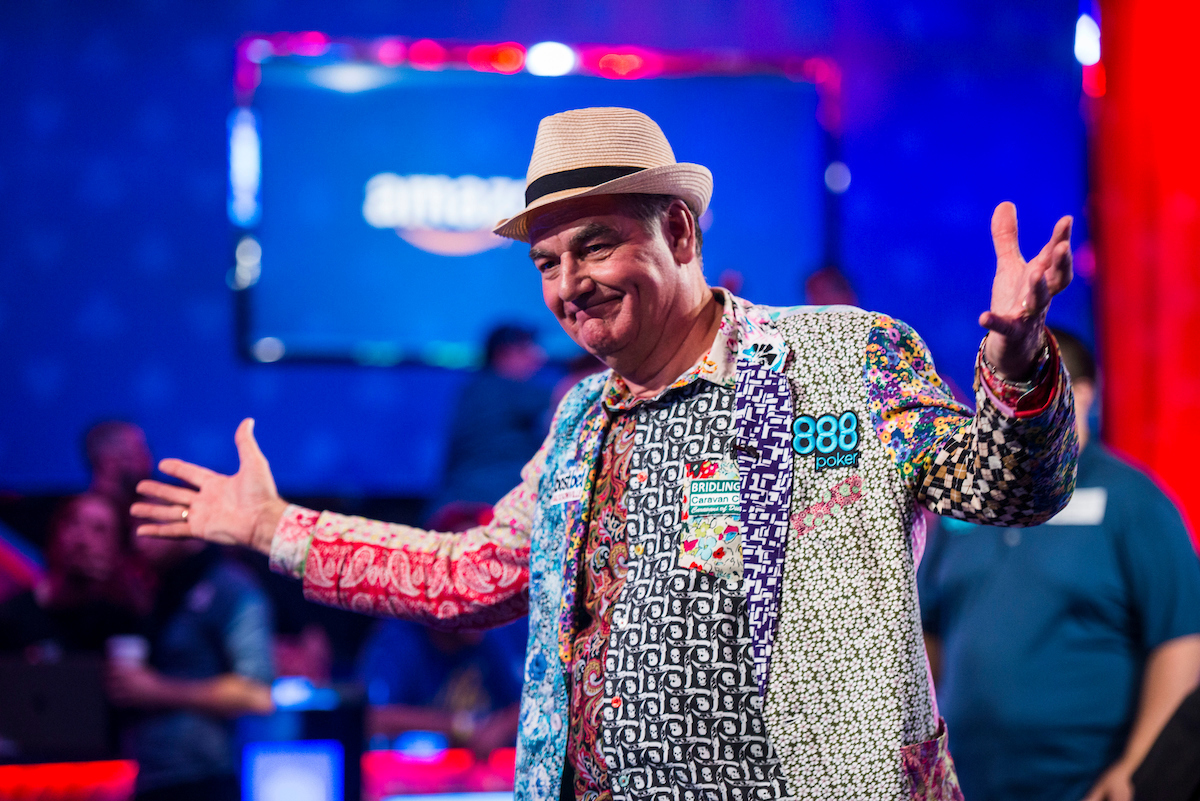 The final table kicked off with fan favorite John Hesp taking down the first three hands. On the fourth, the first player would fall. It happened in Level 37 (400k/800k/100k) when Jack Sinclair raised to 1.6 million on the button and 2011 WSOP Player of the Year Ben Lamb, who was sitting on the short stack, moved all-in from the big blind.

Sinclair snap-called with the A♣Q♥ and was well out in front of Lamb’s A♥9♥. The board ran out 6♣5♦4♥3♣10♥ and Lamb, who placed third in the 2011 WSOP Main Event, had to settle for ninth place and the second seven-figure score of his career. He now has $8,207,830 in lifetime tournament earnings including two Main Event final tables.

“Wish I was still in there playing, looked like it was going to be a lot of fun,” said the 32-year-old Lamb, also known to many as Benba, in his post-elimination interview. “As a realist, my mind says I probably won’t be here a third time, but next year I’m gonna give my all and try to do it.”

As the only player to play a final table as a part of the November Nine and now after its abolishment, it had to be asked which he preferred.

“I actually prefer this as a player, but I think for promotional purposes or whatever it’s probably better for the November Nine.”

For the first few hours of the final table, play was jovial as Hesp kept the table in good spirits. However, the mood changed on Hand #47, which took place in Level 38 (500k/1M/150k). It began when Scott Blumstein, who was sitting second in chips, raised to 2.2 million under the gun holding the A♠A♦ and Hesp, as the chip leader, defended from his big blind with A♥10♥.

Both players checked the A♣7♦5♥ flop. Then the 10♠ appeared on the turn. Hesp, who made two pair, checked for a second time and Blumstein bet three million. Hesp woke up with a check-raise to seven million, Blumstein popped it to 17 million, and Hesp moved all-in.

Blumstein snap-called. With the two biggest chip-stacks dueling to create a 156 million chip pot, Hesp was drawing dead. After a meaningless 3♣ fell on the river, the fan favorite in an technicolor dreamcoat was left with 24,225,000, falling from second in chips.

The cooler hand not only seemed to take the wind out of Hesp, the rambunctious crowd was left deflated. The silver lining was that Hesp still sat fifth in chips out of the remaining eight players, while Blumstein became the tournament favorite by a wide margin.

Jack Sinclair Runs Out of Gas

In Level 39 (600k/1.2M/200k), 26-year-old London pro Jack Sinclair, who had been relatively quiet at the final table, moved all in for his last 15.6 million holding K♠J♠ in middle position. WSOP bracelet winner Bryan Piccioli looked down at A♠A♦ in the cutoff and moved all in over the top for 18.75 million.

The button and blinds folded, and Sinclair needed help. He found a breath of possibility on a K♥4♣3♥ flop, but he needed either a jack or another king to survive. The 8♦ on the turn wasn’t what he was looking for, and neither was the 6♥ on the river.

Sinclair, who prior to his Main Event run had just $13,500 in live poker tournament earnings, had to settle for seventh place and $1.2 million in prize money.

“The cards were not in my favor,” the Vegas rookie said in his post-elimination interview. “Really quite a surreal experience. It was so fast coming in after two days off I haven’t really had time to make it real sort of thing. It still hasn’t quite hit me.”

Not long after Sinclair’s elimination, play was halted for the night with seven players remaining, each guaranteed $1.425 million. They will return at 6 pm PT on Friday night with the plan of playing down to the final three.