On the penultimate day of June, Day 30 of the 2017 World Series of Poker, three players won bracelets. Mohsin Charania’s victory proved extra special, as it capped off one of poker’s most difficult feats. 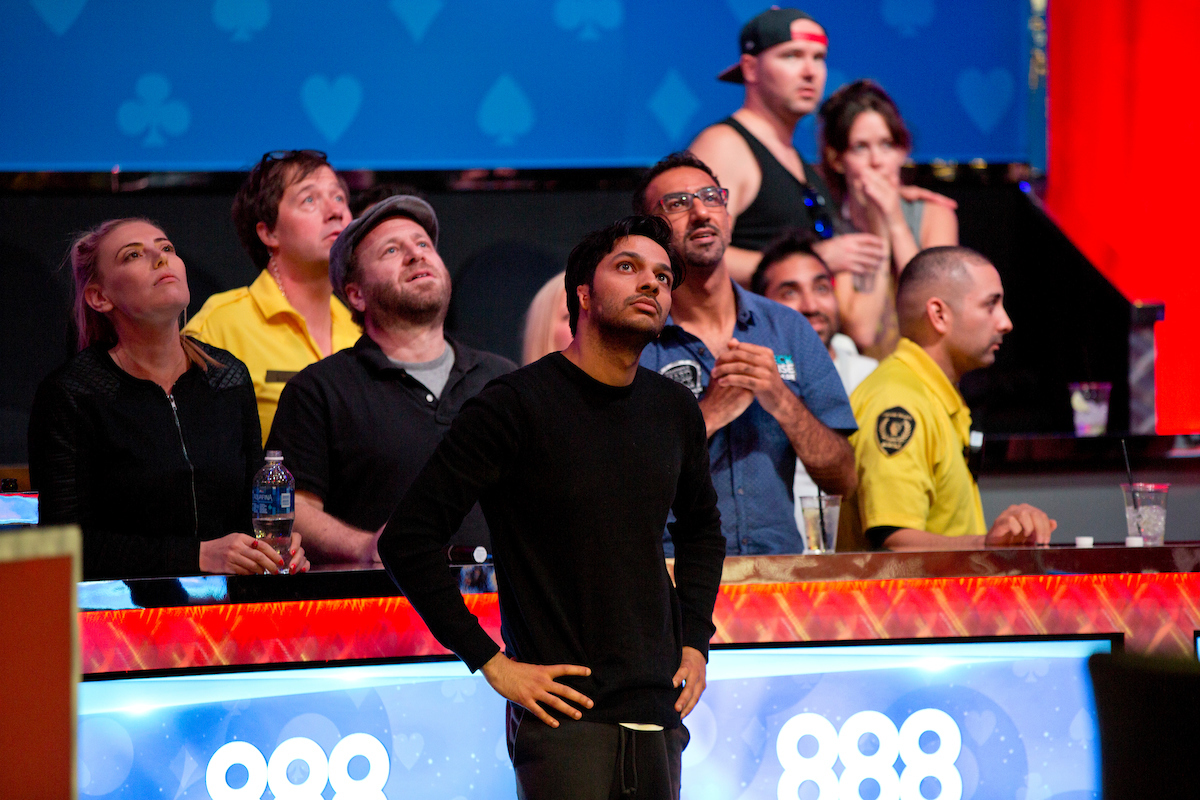 Chicago’s Mohsin Charania (center) sweats a hand from the rail in a thrilling heads-up duel against Carey Katz that lasted into the WSOP wee hours. (Image: Jamie Thomson / PokerPhotoArchive.com)

Coming into the 2017 WSOP, Chicago’s Mohsin Charania had more than $5.2 million in lifetime earnings. But he was still on the list of “Best Without a Bracelet.” That all changed Thursday night when he came out on top of Event #52, $1,500 No-Limit Hold’em, beating a 1,580-player field to win $364,438 and his first piece of WSOP-branded hardware.

“This is pretty damn awesome,” said Charania. “It was kind of just a smooth sailing final table, and that happens when you are getting good cards and running good.”

Another longtime poker pro to ship his first bracelet on Thursday was Britain’s Max Silver, the creator of the popular SnapShove app. Silver bested 255 other players to win Event #53, $3,000 Limit Hold’em 6-Handed, for $172,645. It was his first limit hold’em cash, and brought his lifetime earnings up over $1.3 million.

Silver began the final table as the chip leader and maintained it for nine hours. In the final hand of the tournament, which was hand #235 of the final table, Guowei Zhang limped the button holding the 8♥3♥ and then called a raise from Silver, who held the K♠10♦. On the 5♣8♣J♥ flop, Silver bet, Zhang raised, and Silver called to see the 4♣ turn.

Silver checked and then called when Zhang pretty much snap-shoved. Zhang got it in ahead, but the K♣ on the river paired Silver and gave him the title.

“Amazing,” Silver told WSOP officials after the win. “I’ve had several nice scores, but this, this is just amazing.”

“It feels really surreal,” Bolek told WSOP officials. “I came in pretty short to the final table, so I just wanted to give myself a shot to win. People talk about visualizing stuff a lot, so I tried to do that this morning just to get myself in the right mindset and then just hope I ran good. And it all kind of came together, perfectly”

The final seven players will return at 2 pm PT on Friday to play down to a winner.

Of course, not everyone was fortunate enough to survive the day. Shaun Deeb, Chris Ferguson, and 2009 WSOP champ Joe Cada were among those to bust on Day 1.