Day 21 of the 2017 World Series of Poker saw two players capture bracelets, one of whom did it last year in the same event, and the other claiming gold after just 15 hours of play. Find out how they did the unthinkable, in our daily WSOP recap below: 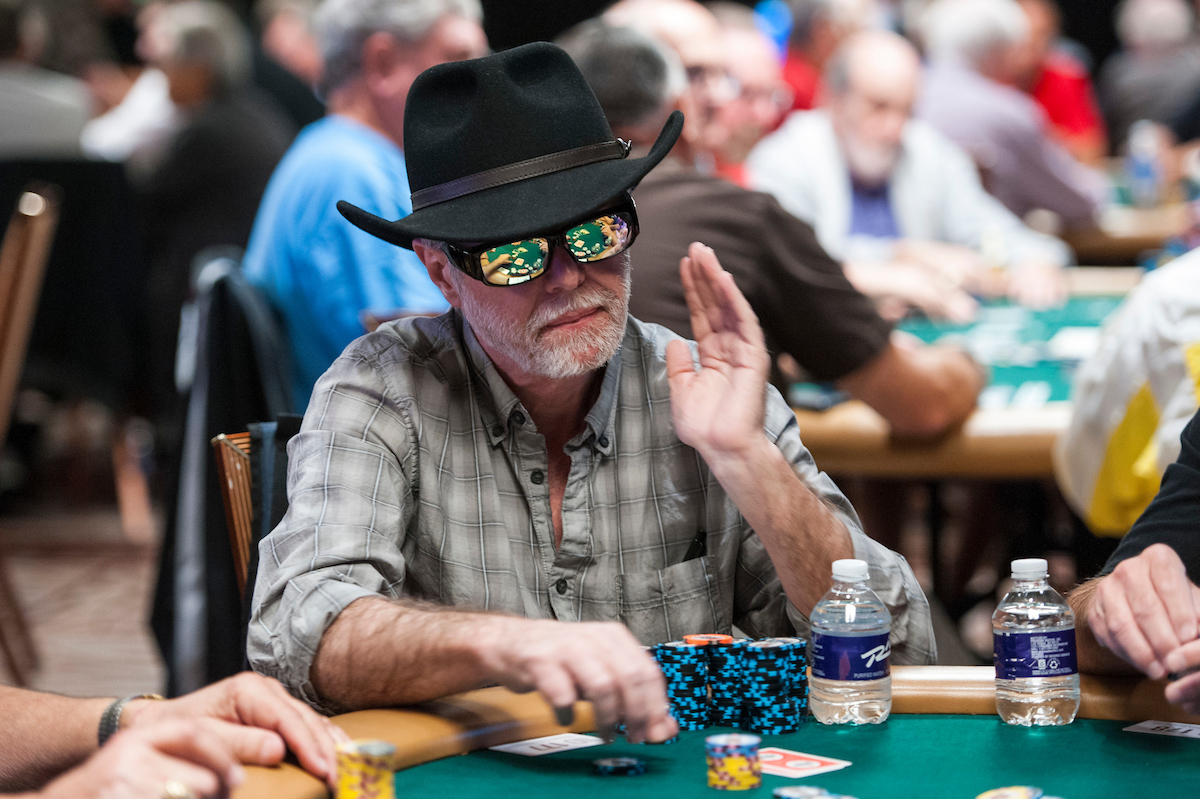 If James Moore were born a year earlier, he could be a three-time champion. But the Super Seniors event is only open to players 65 and older, and last year was his first year of eligibility. Moore won the 2016 tournament, besting a field of 1,476 for his first bracelet and a $230,626 payday.

Naturally, he would come back in 2017 for more. And incredibly, facing off against 1,719 other players this time, the 66-year-old physician from New Hope, Pennsylvania, would do it again, successfully defending his title, for $259,230 and Super Seniors bracelet #2.

“I’ll tell you, starting out heads-up I tried to stay positive, but it was very tough and I had so few chips,” Moore told WSOP officials after the win. “That was a lucky, lucky run.”

Indeed, Moore began heads-up play at a significant chip disadvantage against Kerry Goldberg. However, he refused to give up during their three-hour battle and eventually took the chip lead. In the final hand, Goldberg flopped middle pair and went with it. Unfortunately for him, Moore had flopped top pair. Goldberg failed to catch a lucky turn or river, and instead had to settle for finishing second to a man who rightfully can claim he owns this event.

This tournament marked the third time the Super Seniors has been held since being introduced in 2015.

“I actually wasn’t even planning on playing this,” Palevic said in his tournament exit interview. “But I met a guy from Houston, Texas, and we played heads up for a long session in London and he told me the cash games [were] not good. And he said ‘Let’s play this. It’s a good tournament.’ So, my friends also told me it was a good tournament. I went into it and everything was good. I’m very happy to get a bracelet.”

Palevic’s win came after a six-year hiatus from the WSOP. But upon his return to Las Vegas in the summer, he decided to play the Super Turbo Bounty, which featured 20-minute levels and a $300 bounty for each player knocked out.

“It was a perfect mix,” Palevic said. “It couldn’t be better. It was born for me. I like turbo tournaments. I also like normal tournaments, but I really liked this tournament. It was nice with the bounties. Everything was nice. I like to play tournaments over here in the US.”

Leading the final table is Faraz Jaka with 3.15 million in chips. He faces some tough competition, though, if he wants to hold on to that lead, from the likes of Kenny Hallaert (2.96 million), Sam Soverel (2.2 million), Chris “Big Huni” Hunichen (1.86 million), and Christian Rudolph (1.31 million). Also at the final table is Russia’s Nadar Kakhmazov (2.93 million), who earlier this month won the record-breaking MSPT Venetian.

The final six players will return to action at noon PT on Wednesday to play down to a winner.

Out in front is the only player with a seven-figure stack, JC Tran, who bagged 1.15 million.

Among those to fall on the first day were Andre Akkari, Cliff Josephy, Matt Savage, Dan Shak, and legendary WSOP commentator Norman Chad.

The eventual winner of the tournament will walk away with $173,228 and a gold bracelet that will likely add to somebody’s collection.

Palevic. “I like turbo tournaments, I like regular tournaments too, but I really liked this tournament, so it should be, you should participate in different tournaments as long as you’re comfortable and well. To achieve the spectacular brasalete, that more than the prize, the best is to say I am the leader in this tournament